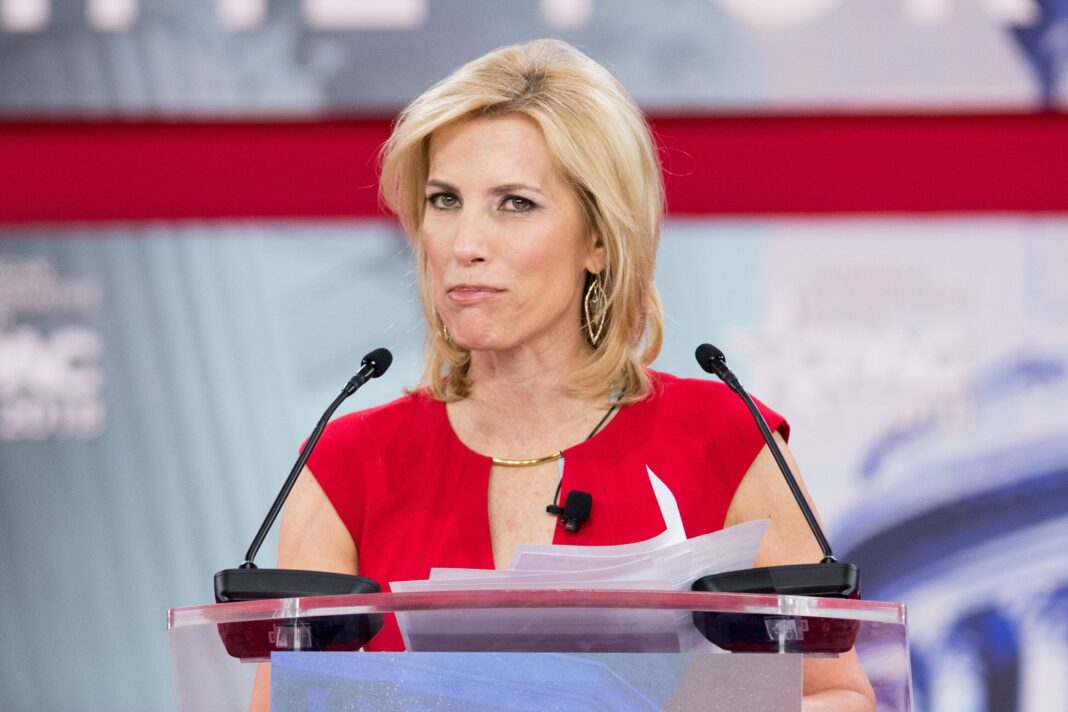 On Wednesday night, the Fox News personality suggested Biden’s presidency was in the pocket of rival network MSNBC. “This isn’t the Biden administration, though. Is it really? It’s the MSNBC administration,” she declared.

Only last month, it emerged Ingraham and fellow prime-timer Sean Hannity texted with then-White House chief of staff Mark Meadows during the U.S. Capitol insurrection, urging him to get Trump to call off his rioting supporters.

Fox personalities defended Trump’s outrageous actions on the air throughout his presidency, with Hannity even joining the one-term leader on stage at a rally. Multiple Trump allies have since taken jobs with the network, among them former White House press secretary Kayleigh McEnany.