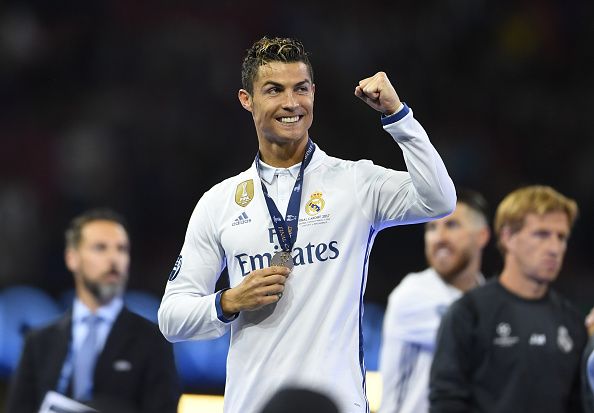 Cristiano Ronaldo of Real Madrid celebrates with his winners medal after victory in the UEFA Champions League Final between Juventus and Real Madrid at National Stadium of Wales on June 3, 2017 in Cardiff, Wales. (Photo by Laurence Griffiths/Getty Images)

Cristiano Ronaldo has confirmed the birth of his twins via social media after a loss to Chile in the ongoing FIFA Confederation Cup Wednesday night.

Earlier last week, there were reports that he welcomed twins via a surrogate parent.

In a Facebook post, he said: “I’m very happy to finally be with my children for the first time.”