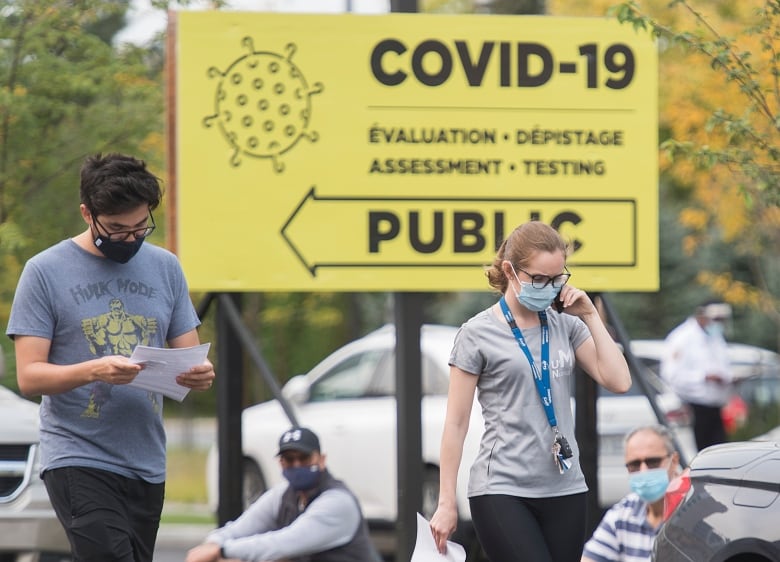 The Canada emergency response benefit (CERB) expires on Sunday, ending the income support program the federal government rolled out during the COVID-19 pandemic to help people with payouts of up to $2,000 a month.

The government says about 8.8 million Canadians have received the benefit since April. Roughly half of the four million Canadians still getting the payments through Service Canada and who are eligible for employment insurance are expected to be transitioned to a modified EI program.

The changes will be in place for one year, with three additional programs proposed for those who do not qualify for EI.

On Monday, Parliament is set to debate a bill to implement those new recovery benefits.

The New Democrats and the governing Liberals reached a deal on Saturday that delivers two weeks of paid sick leave for people affected by the pandemic under the Canada recovery sickness benefit.

In return, the NDP is promising to vote in favour of the throne speech, giving the Liberals the backing they need to survive a confidence vote and avoid an election.

As of 7 p.m. ET on Sunday, Canada had 153,125 confirmed or presumptive coronavirus cases. Provinces and territories listed 131,098 of those as recovered or resolved. A CBC News tally of deaths based on provincial reports, regional health information and CBC’s reporting stood at 9,308.

Quebec posted nearly 900 new COVID-19 cases in one day for the first time since early May. And while health authorities urged people to stay home to cut off a second wave, a warm weekend brought people out. 1:54

Quebec reported 896 new cases on Sunday — up from 698 the previous day — and its highest jump in intensive care-unit patients since late April with an increase of 12 patients. A total of 18 new hospitalizations were reported Saturday.

In Dorval, in Montreal’s West Island, a long-term care home that was hit hard by the first wave of the pandemic, with 38 dead in less than a month, has put residents in isolation after a staff member tested positive for COVID-19.

The regional health authority said staff at CHSLD Herron learned of the positive case Saturday morning and quickly isolated and tested all patients and employees who had been in contact with them.

Ontario added 491 more cases on Sunday, up from 435 on Saturday. The Ontario Health Ministry also reported that a total of 112 people are hospitalized, a number that is on the rise. On Saturday, the province reported that there were 100 people in hospital.

The majority of newly confirmed infections of the novel coronavirus are concentrated in three public health units: Toronto, Peel Region and Ottawa.

In Wasaga Beach, Ontario Provincial Police say enforcing physical distancing at a large car meet on Saturday was an impossible task after more than 1,000 car enthusiasts flocked to the beach town for an evening of street racing and stunts. Social media posts from the scene captured footage of the gathering:

Despite a heavy police presence, hundreds gathered in close proximity for a car meet in Wasaga Beach on Saturday. 0:44

Newfoundland and Labrador reported one new case on Sunday, the first in the province since Sept. 18. The province says the case is travel-related, as the man had returned home to the province from Manitoba, and he has been self-isolating since his arrival and following public health guidelines.

Manitoba reported 51 new cases on Sunday, including 36 in the Winnipeg health region. Starting Monday, people in Winnipeg and 17 surrounding communities will have to wear masks in all public indoor spaces and cap gatherings at 10 as the region moves to the orange — or “restricted” — level under the province’s pandemic response system.

According to Johns Hopkins University, the global total of confirmed coronavirus cases stands at more than 32.9 million. More than 995,000 people have died, while over 22.7 million have recovered.

In the Asia-Pacific region, Australia’s second-largest city, Melbourne, has further eased lockdown restrictions imposed after a surge in coronavirus cases, allowing most children to return to school from next month and sending more than 125,000 people back to work. A further easing could take place on Oct. 19 if the average falls below five new cases per day. Masks remain mandatory.

India has registered 88,600 new confirmed coronavirus cases in the past 24 hours in a declining trend, with recoveries exceeding daily infections. Sunday’s surge has raised the country’s virus tally to over 5.9 million.

In Europe, hospitals in the Paris and Marseille regions are delaying some scheduled operations to free up space for COVID-19 patients as the French government tries to stem a rising tide of infections.

Italy reported another 1,766 coronavirus cases on Sunday, in line with its recent daily increases. Another 17 people died, bringing Italy’s official death toll to 35,835, the highest in Europe after Britain.

In the Americas, coronavirus cases in Colombia, which is nearly a month into a national reopening after a long quarantine, surpassed 800,000 on Saturday, a day after deaths from COVID-19 climbed above 25,000.

The U.S. state of Florida now has more than 700,000 confirmed infections of the novel coronavirus, according to statistics released by the state Department of Health on Sunday.

Africa has more than 1.4 million confirmed cases across the continent, about half of them — more than 668,000 — in South Africa.

Health experts point to Africa’s youthful population as a factor in why COVID-19 has not taken a larger toll, along with swift lockdowns and the later arrival of the virus.