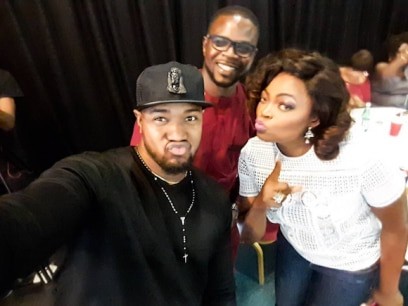 Falz the Bad Guy has stirred some controversy after his advice to fellow singers, to stop praising Yahoo Boys, a parlance for internet fraudsters.

Falz spoke in an interview on Oak TV, that hailing the Yahoo Boys amounts to glorification of what is wrong in society and urged artists to desist from doing so for the sake of the future.

In his interview, Falz made mention of no one, but he was soon pitted against 9Ice, an older musician, with commentators divided on the merit of his advice.

Here are some of the comments that summarised the controversy:

Falz wants to talk about morality and decency in art, but Davido insulted his elder, Dele Momodu, right on his own song.

Falz would have made total sense if the Nigerian society was normal, ideal. Unfortunately it isn’t.

buh on a serious note, Falz shouldnt av come on air to preach morals based on wat reason, money must b made

By every standard Falz has not made a quarter of the impact 9ice has made in the music industry. What nonsense!

Music is now money in Nigeria,, that’s why falz can have a running mouth,, where were you when 9ice sang Life Drama! #Lawyer_With_0_Brain!

I cannot believe that Falz is getting dragged for saying people should stop hailing fraudsters. Is everything okay in Nigeria?

lol y’al think Falz is an idiot cos he talks like one in his videos ? Someone that was top of his class in Law school.