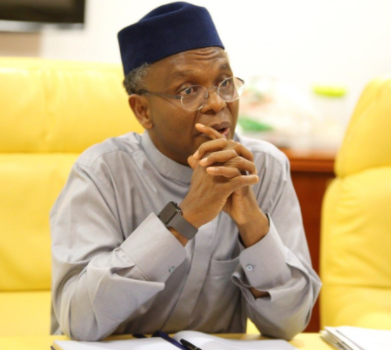 The Kaduna state government has vowed to dismiss any teacher that is absent from school today as all public schools in the state resume for the next academic session. This warning came on the heels of the state chapter of the Nigeria Union of Teachers beginning an indefinite strike in the state to protest the planned sack of over 21, 000 teachers that failed woefully in the competency test organized for teachers by the state government last year.

The state NUT Assistant Secretary-General, Adamu Anglo, in a statement released today, said the decision to embark on an indefinite strike became necessary after the state government began issuing sack letters to the affected teachers after the Christmas and New Year holidays.

In a statement signed by Senior Special Assistant, Media and Publicity to Governor Nasir El-Rufai, Samuel Aruwan and released today, the state government warned that any teacher that is absent from work tomorrow, January 8th, will be treated with the consequences that pertain to absconding from duty under the Public Service Rules. Read the statement below

It has come to the notice of the Kaduna State Government that the state branch of the Nigeria Union of Teachers (NUT) has declared an indefinite strike. This is an illegal action, and will not achieve its aim of derailing the education reforms being implemented by the government.

The Kaduna State Government is not available to be blackmailed into knowingly retaining unqualified teachers. Neither would it mortgage the future of two million primary school pupils because failed teachers are shamelessly mobilizing sentiment.

At the invitation of the Federal Ministry of Labour, the Kaduna State Government twice met in Abuja with the officials of the NLC and the NUT. The Governor Nasir El-Rufai personally led the Kaduna State delegation to the first meeting. During these interactions, KDSG made it clear that as an employer, it has every right to determine who its employees are or can be, and the minimum qualifications they must possess.

The Kaduna State Government wishes to inform the public that it has instructed its Education administrators to open registers in all its schools, starting from Monday, 8th January 2018. Any teacher that is absent from work will be treated with the consequences that pertain to absconding from duty under the Public Service Rules. There can be no doubt that KDSG will take firm and decisive disciplinary action against personnel who absent themselves from duty, including dismissal from service.

KDSG recalls that the NUT placed primary school pupils, who are the victims of failing teachers, in danger by pushing them into the streets to demonstrate for the retention of bad teachers. That ruse failed. Some union leaders are also likely to be prosecuted for assault, unlawful procession and destruction of public property when they attacked the State House of Assembly.

The children of the poor are the ones that attend public primary schools. We owe them a decent standard of education, and we shall provide it.