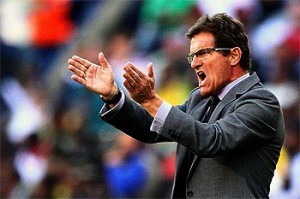 Former England and AC Milan manager Fabio Capello has been named as the new head coach of Chinese Super League side Jiangsu Suning, the club said on social media on Sunday.

Capello replaces Choi Yong-soo, who resigned earlier this month to return to coach FC Seoul in his native South Korea after Jiangsu were knocked out of the Asian Champions League in the round of 16 by fellow Chinese Super League side Shanghai SIPG.

The Italian, who won the UEFA Champions League with AC Milan in 1994 and who was at the helm with England at the World Cup finals in 2010, takes over a Jiangsu side that are 15th in the 16-team championship having won just once so far this year in the league.

The current campaign has been a struggle for the club after they finished as runners-up in both the league and Chinese Cup last year.