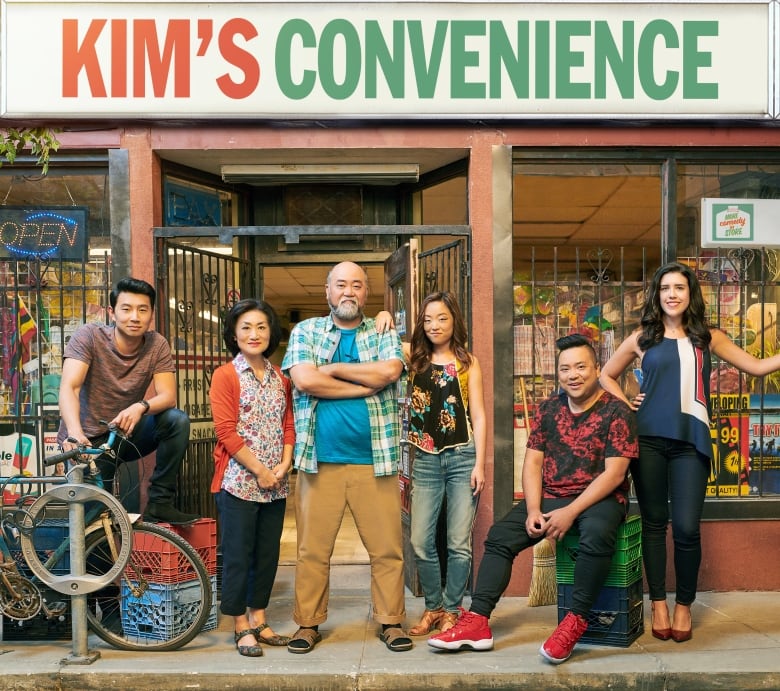 Well into its third year of topping awards shows, comedy Schitt’s Creek led the nominations for this year’s Canadian Screen Awards with 21 nods.

The show, which saw its sixth and final season run last year, also topped the CSA nominations list in 2020 and shared the honour with Anne with an E in 2019. It swept the comedy category at the Emmys in September, and last month won the Golden Globe for best comedy while star Catherine O’Hara took home the award for best actress.

The Schitt’s Creek nominations were among a number of honours given to departing shows. CTV’s Cardinal, which broadcast its fourth and final season last year, had the second-most nods with 15 and tied with CBC’s ill-fated Trickster — which was cancelled earlier this year after its first season.

Slightly further down the list was Kim’s Convenience with 11 nods — it is also nominated for best comedy and best comedy writing and direction, while stars Paul Sun-Hyung Lee and Jean Yoon are up for best lead actor and actress.

The sitcom is broadcasting its final season this year, though two of its other stars — Nicole Power and Andrew Phung — will appear in their own new, half-hour original comedies. Those are set to launch during the upcoming 2021-22 broadcast season.

Phung is nominated for best supporting actor in a comedy series for his work on Kim’s Convenience.

Also up for 11 awards, including best comedy, is Workin’ Moms, while Baroness Von Sketch Show is in the running for six.

Blood Quantum, a horror flick about a zombie uprising on a First Nations reserve, topped the film nominations with 10 nods, including best original screenplay, best actor for lead star Michael Greyeyes and achievement in visual effects.

Despite that, the film was not nominated for best motion picture.

That honour did go to Funny Boy — director Deepa Mehta’s adaptation of the novel of the same name — about a Tamil young man coming of age during the Sri Lankan civil war.

The film, which is nominated in nine categories at the CSAs, was originally Canada’s submission to the Oscars for best international film, though it was later rejected by the Academy for falling short of their language requirements..

Before its rejection, the film stirred controversy for a lack of Tamil actors in its core cast, as well as what Mehta herself called a “dodgy” representation of the Tamil language. Mehta said the actors’ voices were later re-recorded, and the film showed up among 366 eligible for best picture at the Oscars — the highest number in 50 years.

Charles Officer’s crime drama Akilla’s Escape scooped up eight nods, though it was also left off the best motion picture list. It was followed by the Oka Crisis-inspired Beans and rape-revenge thriller Violation with five nods each.

The awards moved to a digital format last year, as the COVID-19 pandemic forced awards shows to impose social distancing guidelines. The live gala events were cancelled and the announcement of winners postponed, in a move that organizers said would likely cause a “disastrous” financial fallout.

This year’s awards will take place from May 17-20, as part of a seven-part, genre-based series of presentations streamed from www.academy.ca as well as the Canadian Academy Twitter and YouTube channels.

The main event, which will feature a “curated selection of prominent awards,” will stream live on May 20 at 8:00 pm ET.

Best performance by an actor in a leading role, film

Best performance by an actress in a leading role, film

A complete list of nominees in all categories is available at academy.ca.