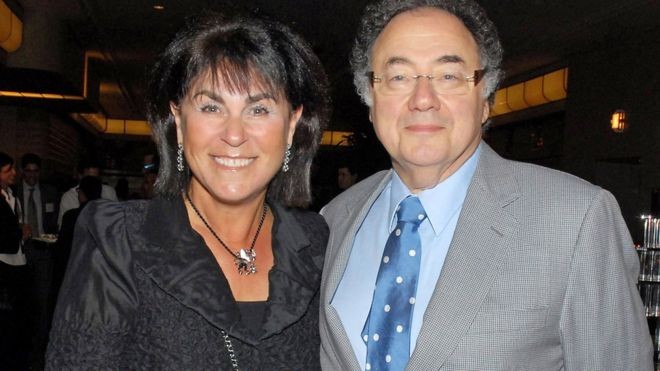 The Canadian billionaire couple found dead at their home in Toronto last month were murdered in a targeted killing, police say.

Police said on Friday no-one had been charged, and declined to comment on any suspects.

Barry Sherman, one of Canada’s richest men, and his wife were well-known for their philanthropy, and their sudden deaths stunned many in the country.

Media reports in the days after the couple’s bodies were discovered quoted police sources saying they were investigating a murder-suicide theory.

“I don’t know where that came from,” Toronto police detective Susan Gomes told reporters, adding that it was just one of several theories under consideration.

The new details of the case came on the same day that the pharmaceutical giant Apotex that Barry Sherman founded announced its CEO’s resignation.

What was revealed on Friday?

Detective Gomes said the couple were last seen alive on the evening of 13 December and had no communication with family after that point.

She said police investigators had found no sign of forced entry on any access points to the home.

Two days later the pair were found fully clothed by the pool “hanging by belts in a semi-seated position on the pool deck,” she added.

Ms Gomes said that police came to the conclusion they were dealing with a double homicide after “six weeks of evidence and its review”. Police believe the couple were “targeted”, she added.

She said there was a “significant list of people” they were speaking to in the ongoing investigation.

Police have until now released few details in the case, confirming only that they both died from ligature neck compression, or strangulation with material.

It was clear at Barry and Honey Sherman’s December funeral that the couple – who were beloved parents, grandparents, with deep ties to the community – would be deeply missed.

But there was no escaping the fact that the mystery over how they died overshadowed the sombre service.

The weeks of silence from authorities created plenty of space for speculation as to what happened to the prominent couple.

A full answer is not likely anytime soon.

Toronto detective Susan Gomes made clear there is plenty of evidence for police to still dig through.

What did the family say?

The family took issue with Canadian media reports of a possible murder-suicide, and later released a statement saying no-one close to the couple believed this.

“Our parents shared an enthusiasm for life and commitment to their family and community totally inconsistent with the rumours regrettably circulated in the media as to the circumstances surrounding their deaths,” it read.

The family’s lawyer has reportedly hired a number of private detectives to carry out a parallel investigation into the case. They also hired a forensic pathologist to conduct a second post mortem examination.

Unnamed sources close to that investigation told CBC Toronto that markings on their wrists showed evidence they had been bound at one point, but no rope or ties were discovered near to the bodies.

The Toronto Star also quoted sources close to the family investigation as using the words “contract killing” and “staged homicide” to describe the couple’s death.

The family said the police assessment on Friday that it was a double homicide was “consistent with the findings of the independent autopsy and investigation”.

The premises of Apotex were searched as part of the police investigation, as well as two homes belonging to the couple.

Separately on Friday, Apotex – which sells generic medicines worldwide – said in a statement that its CEO, Jeremy Desai, had left the company to pursue other opportunities.

Who were the Shermans?

A gifted student, Barry Sherman entered the pharmaceutical trade through his uncle’s Empire Laboratories, working for him while still at university before buying the company when his uncle died.

He went on to sell Empire, creating Apotex, the company that made him a billionaire and which now employs more than 10,000 people.

But he became embroiled in a family dispute, with his uncle’s children seeking a stake in Apotex, arguing they had been cheated. A judge threw out their claim earlier this year.

He also faced an investigation as to whether he had improperly held a fundraiser for Justin Trudeau before he became prime minister.

Mrs Sherman was a board member for several hospitals, charities and Jewish organisations. The couple had four children and have given millions to charity.

The couple’s public funeral took place on 21 December and was attended by many from Toronto’s prominent social circles, as well as dignitaries like Canadian Prime Minister Justin Trudeau.