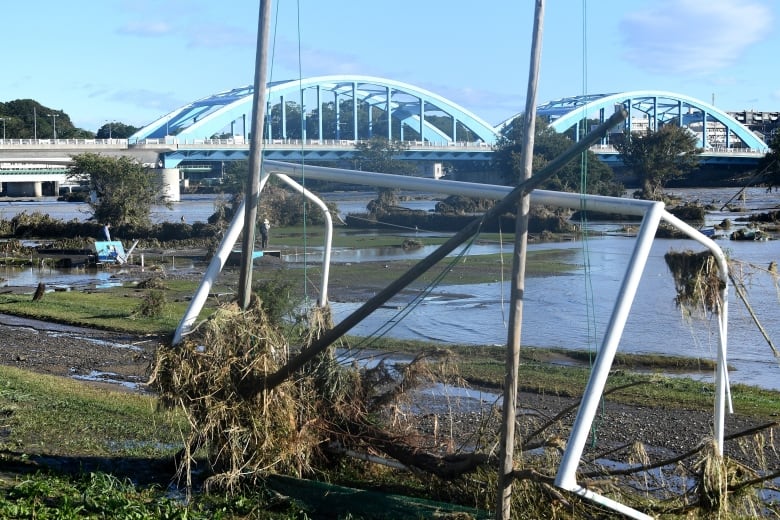 Canada had to leave the Rugby World Cup tournament in Kamaishi, Japan, without a win Sunday, after their last game was cancelled due to Typhoon Hagibis.

But even though the cancellation of their Pool B game against Namibia was disappointing to the men’s rugby team, they still managed to turn the experience into a rewarding one by helping clean up flood-ravaged areas of the city.

World Rugby issued a statement Oct. 12 saying an evacuation order remained in place in the Kamaishi area and there had been landslides and flooding in the vicinity of the Kamaishi Recovery Memorial Stadium.

“We decided to offer up anything we could do to help the community,” said Gareth Rees, media manager for Rugby World Cup.

The Canadian team, which incudes several athletes from B.C., went to nearby areas hit badly by flooding and mudslides — places where they had made friendships during their time in Japan.

“They literally picked up shovels in some cases and swept the dirt out of the streets,” said Rees, who describes the experience as humbling for the team.

“Others were going into the homes of these elderly ladies and cleaning out all those straw mats, the bedding and all the belongings of these poor women that had literally four or five feet of water in their house the day before.”

The Rugby World Cup happens every four years, and 2019 marks the first time the tournament was held in Asia. It runs from Sept. 20 to Nov. 2 and has been tough for the Canadians.

Cancelled matches are logged as 0-0 ties, and teams get two competition points each. Canada, ranked 22nd in the world, had targeted the game against No. 23 Namibia as its best chance at a victory.

“It was probably the most important match for the Canadian players at this tournament,” he said. “It was devastating and they were disappointed that something they had worked for for years was not going to happen.”

Rees said there have been several weather and typhoon warnings throughout the tournament, but Sunday’s was the biggest.

The team is flying back to Vancouver. Its members will rejoin their professional rugby clubs.

“And recovering a little bit, to be perfectly honest,” he said.