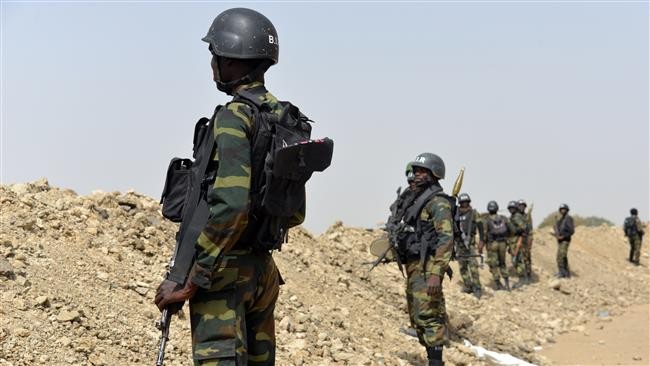 No fewer than fifty armed Cameroonian soldiers demanding unpaid salaries briefly blocked off a major highway in the north of Cameroon on Sunday morning, an army source and the government said.

The soldiers, who were at the end of a tour near the border with Chad in Cameroon’s Far North region, demanded two years’ worth of salaries and expenses that they said they were owed.

“Soldiers from the air force…took up arms against the advice of their military hierarchy and blocked national route 1 after dismantling their posts at the frontier,” said an army source in the regional capital of Maroua.

It was not clear how much money the soldiers demanded.

Soldiers in northern Cameroon operate in one of the region’s most dangerous areas.

Suicide attacks carried out by Boko Haram have become less frequent this year due to military successes against the militants, the threat remains.

A government spokesman declined to comment on the amount of the salaries or if they will be paid. He said that negotiations with the soldiers will be led by the Defence Minister, who is currently out of the country.

“The agitation has been quickly curbed and calm reigns,” he said. (Reuters/NAN)