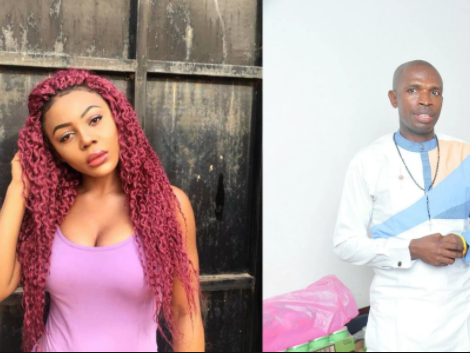 Once again, Big Brother Naija housemate Ifu Ennada has dropped names on the show. This time, she accused celebrity publicist, Cornel Udofia, saying he nearly took advantage of her when she was 16.

According to her, Cornel Udofia took her Purse on a Saturday and refused to return it till she had to visit him at his residence late in the night. She said the Entertainment publicist was trying to harrass her till she left his house. “His erection was already showing”, she said he pushed her out of the house by midnight because she refused his advances.

Reacting to the allegation, Cornel issued a statement that reads;

We refer to a  posting that went viral on the internet earlier today. The malignant  online report was one that was purported by one of the contestant of  ongoing Big Brother Contestant named Ifu Ennada. She accused the award winning publicist and Chief Executive of the CMC Group- Ambassador Cornel Udofia of sexual assaulting her some time ago.

Ambassador Cornel Udofia is an outstanding professional who is renowned for both his creative profundity as well as a high level discipline, one characteristic that had paved way for him in several quarters including his well endured working relationship with top shots in the entertainment industry.

We at CMC seldom reply to libelous remarks but this particular reaction is sacrosanct in order to set the records right and lay every rumours of this nature to rest. At no point was the said lady harrassed by Ambassador Cornel Udofia and therefore appeal to the general public to discountenance such lies as it is unfounded, baseless and mischievous.

We assure our clients, associates and partners of our resolve to be at our best in delivering nothing but the best in all endeavours.