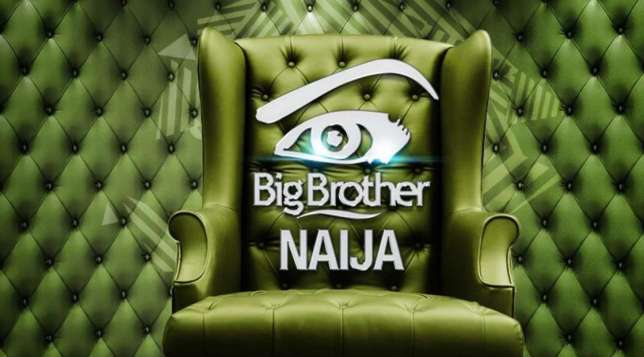 BBNaija lets us live through a contestant, becoming the person we imagine at night, without having to bear the consequences.

Most of Nigerian television, even the few reality shows you can find, are painfully predictable. Big Brother Naija is different in the sense that, even though you know everything that will happen over the next 85 days or so, it doesn’t change anything.

Housemates will make out, muscular men will throw blows or threaten each other. Someone will drink too much and spill family secrets on television. But we still watch it anyway.

Not many people would be able to explain why they do this, except for short sentences that end with “it’s very interesting”.

The fact is that people watch or have stopped watching BBNaija for different reasons. Many of us have fond memories of the now-defunct shower hour.

Some people finally got tired of the entire human experiment and stopped watching.

Even though we can plead the blood of Jesus when a housemate claims that she has never sat in a yellow danfo all her life, there’s a part of us that can relate with all these behaviours.

When the show reaches its most intense moments, the people and things we see on BBNaija are very familiar, and it’s because they are a reflection of us as young people.

Take the Kemen and T-Boss incident for instance. The latter had built a strong presence by being dismissive and portraying herself in an elitist light. Most of the men wanted a shot at her, for different reasons.

But while persons like Miyonse were comfortable being a cross between a younger brother and a landlord in the friend zone, Kemen took it a step further.

His forceful attempts at kissing and groping the latter cannot easily be forgotten. But the social media conversation that followed is very important.

play Kemen and T-Boss have since moved on from the incident. Here they are seen at an Abuja nightclub. (Multichoice)

Even though his actions were clearly seen in the video that went viral, many men felt comfortable making some very funny arguments, like how T-Boss had lured and seduced a grown man only to leave home hanging. Others, perhaps trying to explore how to take leaps of faith, said T-Boss enjoyed Kemen’s actions.

If you were to call Kemen’s actions for what it is, you could call it sexual harassment. And the reactions to it reflected how deeply ingrained rape culture is in our society.

Making the most of situations

In the last edition, the variety of housemates made me wonder how we have managed to stay together as a country without ripping each other’s heads off.

On one part, there was a Giffty, always indecisive about her choice of accent for each particular day. Marvis, born with a silver spoon was too ingrained in street culture to bother with any pretences.

Efe, the one who you heard before you saw, loud, amusing and pitiable when he wanted to be.

play Th housemates will learn to live wih each other. (Pulse)

On this year’s episode, the 20 housemates are as different from each other as you could imagine.

What’s interesting is that, save for the odd fight, these housemates will learn to live together. Despite their obvious differences, they will share a home while competing for the golden prize of 45 million.

It is a reflection of how young Nigerians have that commendable ability to make the best of what ever situation they find themselves in.

Some call it tenacity, call it what you may; you may be required to sleep next to a person you can’t stand, but if you want to get a snag of that guap, you have to live with them, and we do.

You may wonder why Big Brother Africa’ run was cut short and Multichoice/DSTV focused on Nigeria.

The obvious reason that Nigeria can provide more views than the average African country. It must also have helped that Nigerians are more than willing to put ourselves in the hot seat where there is the slightest promise of reward.

Are you not entertained?

Since the new edition of BBNaija launched on Saturday, January 28, 2017, it has become the most trending conversation in the only places where we get to talk nowadays; on social media.

That it is how it will stay for the next 84 or so days. Things we go down on every other one of those days that will make us talk about common issues that we have ignored or failed to see the problem with, like women’s rights.

It will also evidence of how much we love to be entertained and entertain others. Not many of the housemates will leave with enough money to change their lives. Being on BBNaija is a 3-month long public audition, depending on how long you last. For some of them like Teddy A, being in the spotlight is just enough.

On the other side of the screen, millions of young people will be watching too, spoling for someone to make a bad decision.

In the end, housemate or member of the audience, these young people want to be entertained and that in itself is no coincidence.

play One of the more mundane aspects of the show is exercising. (Pulse)

We may protest and be noisy about it but when a housemate gropes a woman, it is because we grope women too.

When a housemate schemes and wins the money by marketing himself as an impoverished Warri boy, it is because we see a bit of our own struggle, real or imagined, in his story.

Big Brother may just be a therapy session.

We may not be ready to admit it but we may actually be watching ourselves for the next 84 days.

And in the end, what we will learn again is that we are largely free-spirited, even though religion and breathing are the same thing here. We may need to unlearn a lot of things but we are always willing to let our curiosity and our need for excitement lead the way.