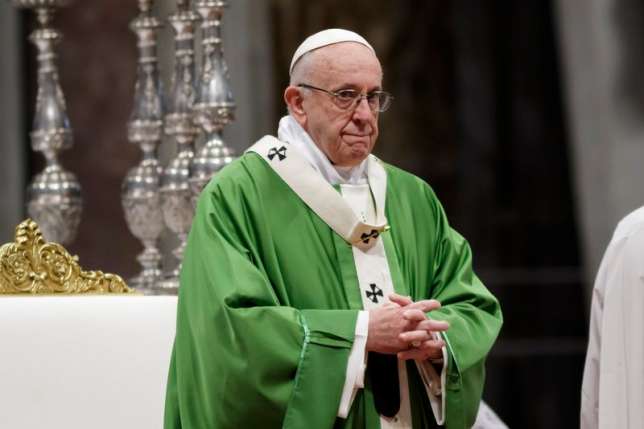 The Pontiff’s visit to the country has been ruined by child abuse allegations.

Pope Francis was in Chile where he openly begged for forgiveness over child sexual abuse allegations.

On January 16, 2017, the leader of the Roman Catholic church expressed “pain and shame” over a recent sexual abuse scandal involving a bishop, who was involved in a sex abuse cover-up scandal, as the head of a diocese.

During his week-long visit, the Pontiff said: “Here I feel bound to express my pain and shame at the irreparable damage caused to children by some ministers of the Church.

“I am one with my brother bishops, for it is right to ask forgiveness and make every effort to support the victims, even as we commit ourselves to ensuring that such things do not happen again.”

He made this statement while standing beside the country’s president Michelle Bachelet in Santiago, Chile’s capital.

BBC reports that he also met with a group of victims of sexual abuse by priests in Chile. His office says the meeting was “strictly private.”

Why Pope Francis was in Chile

The Catholic leader’s visit coincided with two things, the recent sexual abuse scandals and the fire bombings of churches.

On Twitter, a group opposed to the pope’s visit wrote, “No more abuse, no more cover-ups, no more hypocrisy.”

At least 200 demonstrators took to the streets claiming the authorities “wouldn’t show the real image of Chile” to the Pope.

Just hours before his arrival, The Associated Press reports that three helicopters and two churches were torched.

Prior to this, eleven Catholic churches were also burnt. Pope Francis’ visit is expected to bring some peace to Roman Catholic country.