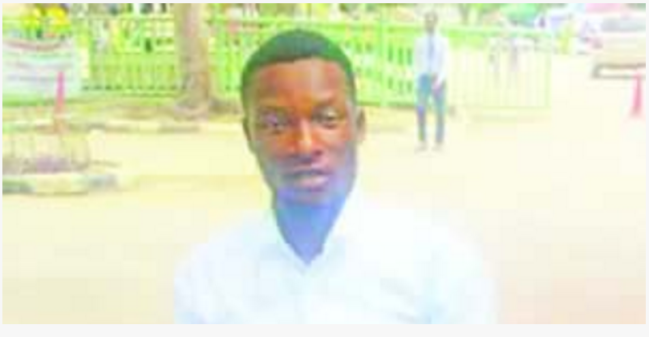 A minister with the Mountain of Fire and Miracles Ministries, Wale Solomon, is battling for his life in an undisclosed hospital on the Lagos Island after he was allegedly attacked by some cult members suspected to be Badoo.

PUNCH Metro gathered that the father of three was sleeping with his family in their house on Obayemi Street, First Gate, Ikorodu, when the hoodlums stormed the house around 2am on Saturday.

The men were said to have smashed the mortar on the victim’s head and injured him in different parts of his body.

His wife was reportedly aroused from sleep by the cry of pain of the husband as she ran out of the house to call for help.

Some neighbours reportedly ran to the house and found the victim in a pool of blood, with the mortar by his side.

They were said to have alerted policemen from the Sagamu Road Division.

Anthony was rushed to the Ikorodu General Hospital, from where he was taken to the Lagos State University Teaching Hospital, Ikeja, and was further referred to the undisclosed hospital.

A resident, Bola Odunsi, said the incident threw the community into commotion.

She said, “They invaded First Gate on Saturday and entered the man’s house while he was asleep with his wife and kids. They came with a big mortar, which they used to smash the man’s head.

“The noise woke up the wife and on sensing danger, she rushed out and called for help. People came out and saw the man bleeding from different parts of his body. They rushed him to a private hospital in the area from where he was referred to General Hospital, Ikorodu.”

PUNCH Metro learnt that policemen from the Sagamu Road Division, who were alerted by residents, arrived in the area later, but could not find any of the culprits.

A woman, who lived close to the victim’s house, told our correspondent that Solomon was responding to treatment at the hospital where he was taken to.

He said, “He was transferred from the General Hospital, Ikorodu, to LASUTH and from there, he was taken to a specialist hospital on the Lagos Island. I was told he still bleeds from the nose and ears. But the family is hopeful that God will take control.”

Another resident said the pastor’s house was prone to attack because it was uncompleted and without a fence.

“The house is an uncompleted building; he lives there alone with his wife and children. The man has been trying to finish the building, but he appeared not to have the funds.

“I think the family was lucky that the woman ran out to call for help on time, because Badoo members always wipe out the household they attack. They left behind the mortar that they used to break the man’s head,” she added.

PUNCH Metro gathered that a suspected member of the gang was caught on Sunday by some residents.

The suspect was reportedly beaten to a pulp and was about to be lynched when a traditional ruler in the community intervened and begged that he be handed over to the police.

However, some members of a vigilance group, known as Onyabo, reportedly took the suspect away to an unknown place.

He said, “On Saturday, June 10, 2017, at about 2.10am, we got a report that a man was attacked by suspected cult members at about 2am of the same date. During the attack, he sustained injuries and was rushed to a public hospital for treatment. When we got to the scene of the incident, the hoodlums had taken to their heels. Investigations are ongoing.”