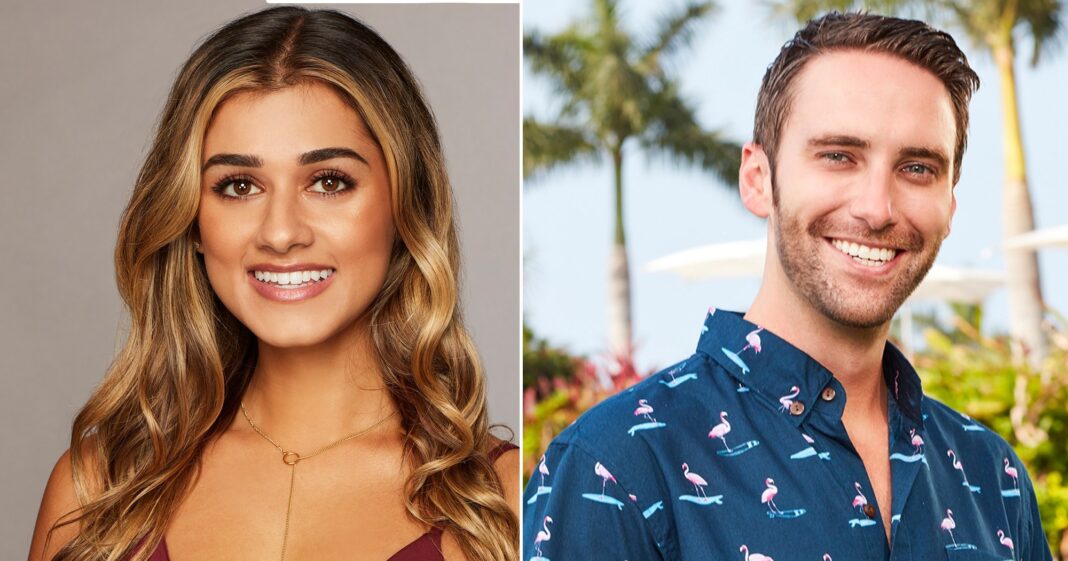 Bachelor alum Kirpa Sudick spoke to Us Weekly about rumors that she is dating Bachelor in Paradise alum Cam Ayala.

Bachelor Nation fans speculated on Sunday, September 15, that the 27-year-old dental hygienist, who appeared on Colton Underwood’s season of The Bachelor, was romantically involved with Hannah Brown’s former suitor after she posted a birthday tribute to Ayala on Instagram.

“Happy birthday to this gem of a human,” she captioned three photos marking the software sales manager’s 31st birthday. “So glad you’re in my life @camronayala,” she added along with a red heart emoji.

The first photo showed her and fellow season 23 contestant Alex Blumberg with their legs wrapped around Ayala, while the remaining two pics showed her and Ayala posing in front of graffiti that read “I love you so much.”

Ayala commented, “ILYSM,” along with a red heart emoji and an angel emoji, and that prompted several of Sudick’s followers to ask if they were dating, with one writing, “WAIT THIS IS A THING? DID I MISS SOMETHING?”

After another fan wrote, “Yes Kirpa! So happy for you and Cam! #teamkirpa,” the model replied that they are “just BFFs.”

Ayala also shared a birthday photo on Instagram on Sunday that showed him holding a decorated cake alongside Blumberg, Sudick and his fellow season 6 Bachelorette contestant Matt Donald.

“10 Year Anniversary of my 21st birthday thanks for the incredible weekend and all of the memories Austin, TX Houston… I’m comin home! CAM OUT!”

When reached for comment on Sunday, Sudick told Us, “We are just friends and not dating! I’ve just been very lucky to have met so many great people through The Bachelor!”

Ayala appeared on the current season of Bachelor in Paradise and was eliminated during the August 19 episode.