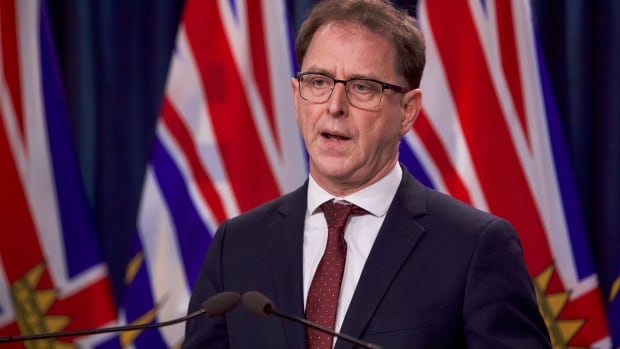 B.C. Minister of Health Adrian Dix has defended measures in place to limit the spread of COVID-19, even as his province set one-day case counts records on Friday and Saturday.

“Right now they’re strict measures and we need everyone to dig in,” Dix said in an interview Sunday. “This is the time to follow those measures.”

Other measures in place since November include restricting indoor gatherings to individual households only and to avoid travel to other health regions.

In early March, the province allowed for British Columbians to gather outside in groups of up to 10 people, following four months of restrictions on social gatherings.

Dix said on Sunday that B.C.’s latest COVID-19 measures were very strict, and did not say if other new measures could be coming in days ahead.

A record 2,090 new cases of COVID-19 for Friday and Saturday were announced in a release from the province on Saturday, but it did not include information about deaths, variants of concern or the number of active cases.

The release said 90 patients were in critical care, which was up 11 from 79 on Thursday.

Dix said on Sunday that a higher proportion of younger people are becoming ill from the disease.

“I’m not one bit happy about where we are at now,” he said, adding that provincial measures are targeting indoor transmissions.

On Saturday, a tweet from Dr. Kevin McLeod of Lions Gate Hospital in North Vancouver said hospitals are seeing a surge in young patients needing serious medical intervention for illnesses caused by COVID-19.

BC we have a problem. The hospitals are much busier last 72 hours. Significant increase in COVID cases especially in younger people who are coming in around day 10 from initial disease onset. Presenting really sick. Needing 100% oxygen to stay alive teetering on intubation sick.

Dix said he saw the tweet and said its message was an important one.

“What it says to everybody is this is the time to take care,” he said. “Right now is the time to really follow public health orders whether you’re 25 or 75.”

The minister also said  B.C. had delivered a record number of vaccinations this past week.

Vaccine appointments are currently open for seniors aged 72 and up, Indigenous people over the age of 18 and people that the province has deemed to be clinically extremely vulnerable.

People between the ages of 55 and 65 are also eligible for the AstraZeneca vaccine in the Lower Mainland while more communities are expected to be added by the end of next week.

Dix has also pleaded with people to stay local this weekend, as he said unnecessary travel has contributed to the rise in infections.

Please – do not travel outside your community for vacation or recreation right now. We have seen too many cases of people travelling outside their health authority region and not using their layers of protection, leading to outbreaks and clusters in their home community.

Some officials in tourist destinations in B.C. said over the weekend that they were noticing an influx of visitors.

“My feeling is that the province’s restrictions on indoor dining and the messaging about staying local are getting through certainly to a lot of people, not everybody,” said Tofino Mayor Dan Law.

Man, I saw “Jesus” trending in British Columbia and assumed he travelled to Tofino this weekend like the rest of the world.

In the Southern Interior, Osoyoos Mayor Sue McKortoff said it appears that more people are visiting her community this weekend than over the past two weeks, but not as much as a normal year.

She says people coming are doing so to play golf, visit wineries or be at properties they own and are playing it safe.

It’s hard having to cheer from home, not in the stands, says family of Montreal Olympian