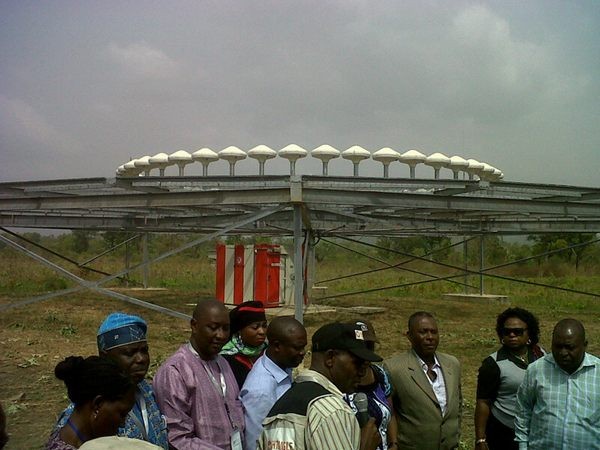 Mudiaga Affe, Calabar
Cross River State Governor, Prof. Ben Ayade, has renamed the Bebi Airstrip in Obanliku Local Government Area of the state after a former governor, Mr. Donald Duke.
The 1, 800 metres runway Bebi Airstrip was constructed during the administration of Duke for easy access to the Obudu Cattle Ranch Resorts.
At a gala night organised by the state government to mark the 50th anniversary of Cross River, Ayade said the airstrip would henceforth be known as Donald Duke Airstrip as honour for his contribution to the growth of the state.
Ayade also honoured other former governors whom he described as heroes.
He said, “The airstrip served as an economic booster and tourism hub for the state was an initiative of Mr. Donald Duke to encourage tourism drive which has remained as a revenue spinner for the state since the ceding of over 500 oil wells to Cameroon and 76 oil wells to Akwa Ibom State.
“We have undertaken stuck of the role and functions that Donald Duke played to encourage tourists come to our dear state to bring opportunities that can help in turning around the fortunes of our state.
“By the power conferred on me as governor of Cross River State, from today, government of Cross River State will Christine the Bebi Airstrip as Donald Duke Airstrip. You cannot complete the history of Africa, Nigeria without mentioning Cross River State because of the carnival which is introduced by Mr. Duke.
“Mr. Duke started the carnival, today the carnival has become a signature in Nigeria and Africa at large and Senator Liyel Imoke came and got it sustained.”
The governor also renamed the popular Barracks Road after Mr. Clement Ebri, who was governor from January, 1992 to November, 1993.
For ex-governor Liyel Imoke, Ayade named the conference hall at the Calabar International Convention Centre after his immediate predecessor.
Share
Facebook
Twitter
WhatsApp
Pinterest
Linkedin
ReddIt
Email
Print
Tumblr
Telegram
Mix
VK
Digg
LINE
Viber
Naver
Previous articleFinding The Middle In The Incivility War
Next articleDemocracy Day: Announce c’ttee on minimum wage, NLC tells FG