Athletics at Mets: Meet the Mets 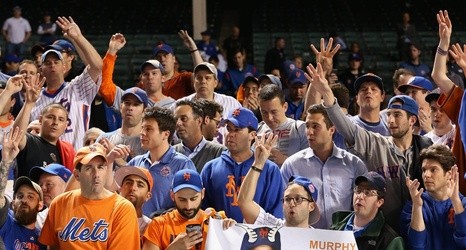 Despite dropping two out of three games against a tough Tampa Bay Rays opponent, the A’s are off to a strong start in the second half of the season. However, the games being played are not really at the forefront of people’s minds at the moment, as trades, trade rumors, and free agent signings are dominating the A’s news cycle. Old friend Chris Carter has returned, albeit to the minor leagues, and relievers Ryan Madson and Sean Doolittle have left been traded to greener (or redder) pastures by getting sent out to the Washington Nationals. Over the last month, the A’s have undergone several changes, and the next few weeks ought to beget several more changes.

Thanks to a historic run from the Dodgers once the season changed to summer, the Astros no longer have the best record in all of baseball despite not really playing any better or worse than they have been playing. The Rangers are mired in a skid and currently are only two games up on the A’s for not-last-place in the division.

The Mets were seemingly poised to make a long string of playoff pushes based off of what looked on paper to be a pitching staff of historic potential, considering the Nationals were the only other team in the National League East to appear to be able to put a playoff-worthy team on the field. Instead, the Mets have pitched their way to a 4.89 team-ERA, second worst in all of the National League and worse than all but one American League team, and their league average offense hasn’t been able to make up the difference. Injuries to the pitching staff have a large share of the blame for this issue, as Noah Syndergaard, Matt Harvey, and more have all had their seasons adversely affected from injury, but also plain ineffectiveness have plagued the team.

It’s not just injuries that have affected the major league team either, as the organization’s top two prospects have each gotten arm injuries this season, and top pitching prospect Tyler Szapucki had to receive Tommy John Surgery just the other day. The bullpen has been a stressful mess to watch, and very little relief is poised to come up from the minor leagues. While many other players are on the road to recovery, the Mets’ clearest plan is to simply hope that their best players recover quickly and fully and rebound to make the team competitive once more.

After his slow start to the year, Jacob DeGrom is perhaps the Mets only dependable starting pitcher at the moment. The righty has stayed healthy and has made the most starts on the team, while striking out more than a batter an inning. While his ERA for the season isn’t as low as it has been in the past, at his peak, his ERA of 1.96 during the last thirty days is certainly respectable, and DeGrom is nigh-on guaranteed to keep his team in the game. On the offensive side, Curtis Granderson has found his stroke once again and has an OPS of 1.075 during his last twenty one games, and has been providing most of the power for the Mets.

Meanwhile, former fan-favorite Yoenis Cespedes hasn’t been having all too great of a season, as his power numbers have plummeted. The slugging left fielder has only hit nine home runs on the year, and is just barely maintaining his rapidly dropping OPS above .800.

Despite general American League dominance, the A’s have played poorly against the National League East this year, to the tune of a 2-8 overall record, and the A’s have yet to win a series against an NL opponent. The A’s are also playing on the road, where the team has struggled all year, though their road woes aren’t nearly as bad as they were in April and May. Therefore, the A’s are going to need to be careful to not underrate the Mets and undue some slow and steady progress out of the American League cellar. With both sides having league-average offenses and underperforming pitching staffs, the winner of this series will be whomever best take advantage of mistakes made by opposing pitching.