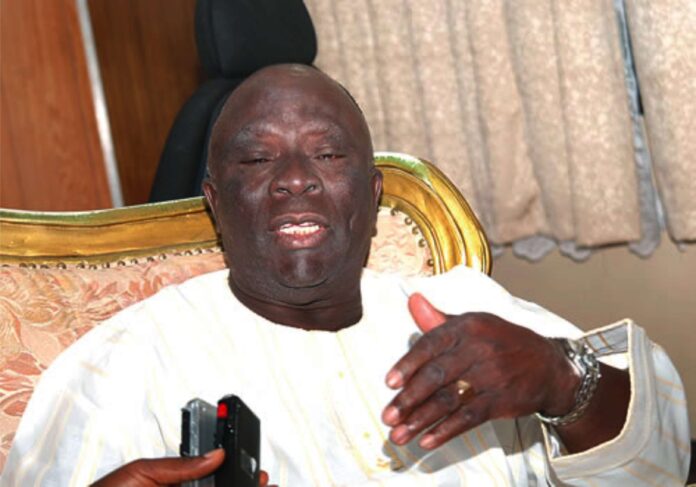 A chieftain of the Afenifere, the Yoruba socio-cultural group, Pa Ayo Adebanjo, has advised that constitutional procedures be followed in unraveling the circumstances leading to the alleged mishandling of public funds by Vice President, Prof Yemi Osinbajo.

Adebanjo warned that the presidency must not rubbish the VP because of their political interest ahead of 2023 presidential election.

There has been allegation that the Vice President collected N90 billion from the Federal Inland Revenue (FIRS) to fund the 2019 election.

Adebanjo said, “I don’t want to dabble in a matter I don’t know much about. The matter is within the ruling All Progressives Congress (APC). And the man that hires can fire,” as quoted by Sun.

“All that I can say is that he [President Buhari] should not do anything that is unconstitutional to remove the vice president no matter whatever he is accused of.

“He must follow constitutional procedure. The allegations they are making against him are within the view of people who are in his government.

“All I can say is that there are certain constitutional procedures to follow in carrying out investigation.

“They should not rubbish him because they want to rubbish somebody from the South in anticipation of 2023.

“Whether or not he needs to waive his immunity in order to sue those who want to rubbish him is his own personal affair.

“All I am saying is that whatever will be done to him, it should be done constitutionally.

“Whatever he is accused of doing, it should be investigated constitutionally. There must be no arbitrariness in dealing with whatever accusation that is leveled against him.”