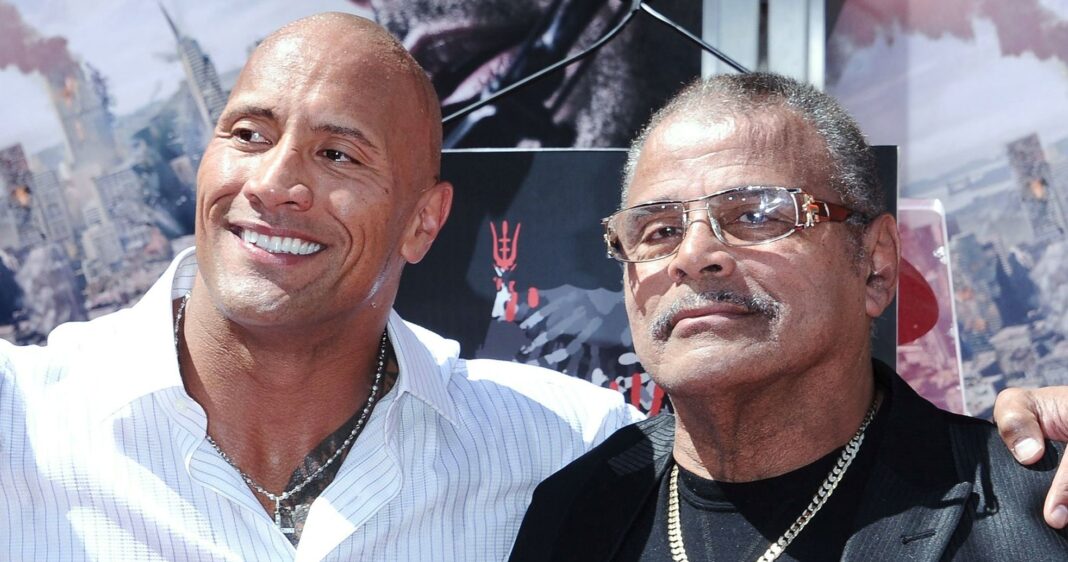 “I love you,” the actor, 47, captioned a throwback video on Instagram of his dad wrestling. “You broke color barriers, became a ring legend and trail blazed your way thru [sic] this world. I was the boy sitting in the seats, watching and adoring you, my hero from afar. The boy you raised to always be proud of our cultures and proud of who and what I am. The boy you raised with the toughest of love. The intense work. The hard hand. The adoring boy who wanted to know only your best qualities. Who then grew to become a man realizing you had other deep complex sides that needed to be held and understood. … That’s when my adoration turned to respect. And my empathy turned to gratitude.”

While the California native wished he had “one more shot” to tell his father all of this, Rocky was “ripped away so fast without warning.”

Dwayne went on to write, “I’m in pain. But we both know it’s just pain and it’ll pass. Now I’ll carry your mana and work ethic with me, as it’s time to move on because I have my family to feed and work to accomplish. Finally, I want you to rest your trailblazing soul, Soulman. Pain-free, regret-free, satisfied and at ease. You lived a very full, very hard, barrier-breaking life and left it all in the ring. I love you dad and I’ll always be your proud and grateful son. Go rest high.”

WWE broke the news on Wednesday, January 15, that the Jumanji: The Next Level star lost his father at the age of 75. Rocky, born Wayde Douglas Bowles, was a famous WWE wrestler — just like his son.

Rocky began his career in the mid-1960s and retired from the ring in 1991. Before aiding his son in his career as a wrestler, Rocky was known as the “Soul Man.”

The late wrestler was inducted into the WWE Hall of Fame in 2008 and was one-half of the Soul Patrol, a wrestling duo made up of Rocky and Tony Atlas. Together, the athletes were the first African-American World Tag Team champions in WWE history.

Rocky and Dwayne, who was a WWE wrestler from 1996 to 2004, had a close father-son relationship. In March 2019, the Jungle Cruise actor gifted his dad a new home, noting that it “felt good” to give him something so meaningful.

Dwayne originally called his father in February 2019 to tell him that he wanted to “do something for [him]” by purchasing him a house. The actor then shared how the conversation went with his dad by posting a video via Instagram in March 2019.

“It’s a big weekend, he’s gonna go look at properties,” Dwayne said of his father in the video. “He’s a Florida boy, so he’s going to go up to North Florida and look and he goes, ‘I’m so excited. I’m also so nervous.’ My dad’s an old-school tough guy.”

When asked why he was nervous the former wrestler told the Ballers alum that “no one ever called to tell me they were gonna buy me a house before and the fact that it’s you, it’s my son. I’m so proud of you and I love you so much.”

The entire experience left Dwayne feeling grateful for everything his father gave him as a child.

“I never heard my dad talk like that,” the father of three admitted. “You know, my dad used to beat my ass, tough love, and I hated it back then but I’m so grateful for it now. It just felt good to kind of give back to the ones who raised you, so love you too, Pop.”