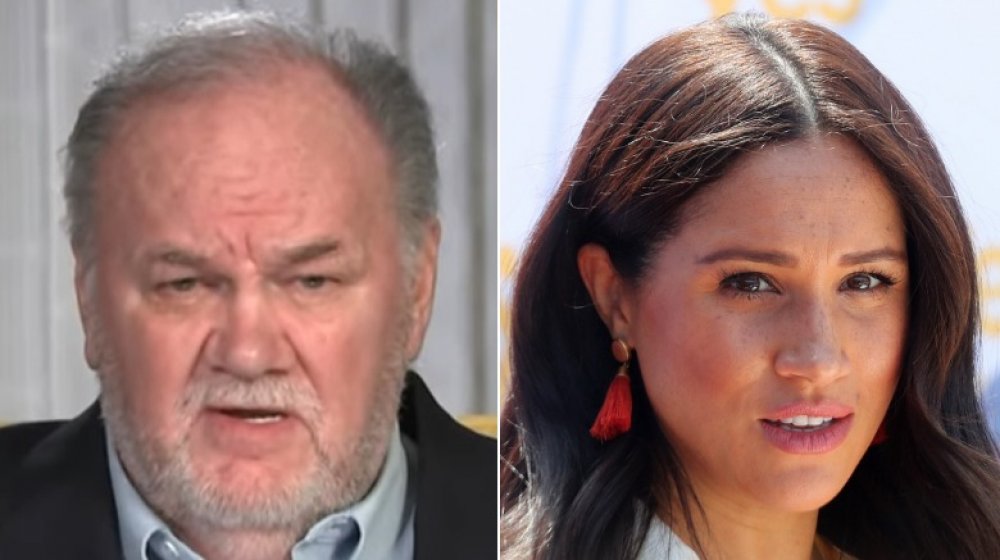 This isn’t the first time that Thomas Markle has caused issues for his daughter, Meghan Markle. Frankly, he can’t seem — or doesn’t want — to stay away from the press. In fact, he’s directly worked with the media in the past, which is what sparked this sad legal situation.

After Meghan and Prince Harry announced their engagement, the buzz about the couple went into overdrive. Instead of respecting his daughter’s privacy, Thomas took part in a staged photo-shoot with paparazzi. This reportedly irked Meghan and probably didn’t impress the rest of the royal family, either. In the end, Thomas did not attend Meghan’s wedding in May 2018. Her father-in-law, Prince Charles, walked her down the aisle.

In January 2019, when Meghan and Harry announced that they were walking away from their roles as senior royal, Thomas once again wedged himself into the headlines by talking to the press. “I’ll just simply say I’m disappointed,” Thomas said. The feeling is probably mutual.

While this is undoubtedly an unfortunate circumstance between a dad and his daughter, Thomas Markle isn’t the only member of Meghan’s family who’s willing to speak out against the duchess.