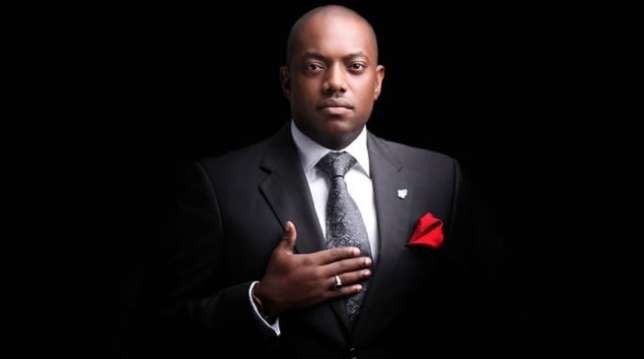 Here are the 5 young candidates who want to unseat Buhari in 2019.

They are in their ‘50s and ‘40s, they have just declared they want to be president of Nigeria and they have told anyone who cares to listen that Muhammadu Buhari’s time as president is nearing an end.

We run the rule on the young and the fearless presidential contenders ahead of the 2019 vote…..

Kingsley Chiedu Moghalu is a 55-year-old former Deputy Governor of the Central Bank of Nigeria.

He is a lawyer by training and a political economist by profession. Moghalu also served in the United Nations.

“It is the turn of any competent Nigerian to aspire for the post of presidency because career politicians have failed Nigeria,’’ Moghalu announced on the day he made it clear he will be running for president.

The founder and publisher of online news platform Sahara Reporters, hosted activists, journalists and young Nigerians at 13a Isaac John Street, GRA Ikeja for a town hall on Sunday, February 25, 2018, and left no one in doubt he will be running for president.

“In my first day as a president, I’ll turn Nigeria into a construction site. I have created jobs before. Since Buhari became president, his cows haven’t multiplied. He has had 150 cows since.

“If you ask Nigerians about the economic plans of Buhari, they’ll point to the British accent of the finance minister. How does accent create jobs?”, Sowore asked incredulously.

It was an afternoon in which Sowore took on all past and present older generation of political leaders and made the case for why he’s the answer to Nigeria’s problems.

This 57-year-old Governor of Ekiti State has been a Buhari critic before the 2015 general elections.

He’s unabashedly crude and rude in his methods; and has anointed himself the voice of the nation’s biggest opposition party. Fayose has an opinion on practically everything that happens in Nigeria.

On the day he declared for president, Fayose told his haters that they’ll watch him saunter into Aso Rock in 2019.

“To the down trodden and those of you who go to bed hungry on a daily basis, I assure you that help is on the way,” he said.

“To my haters, I want to tell them that they will watch me enter the Villa in 2019 because I’m Nigeria’s president in waiting.

“If you have not seen any miracle, this is your opportunity because I am a miracle.

“This calling of mine is without repentance and God will not apologize to anyone for making me president come 2019,” he added.

56-year-old Donald Duke has been making the case for a young president since forever.

Duke was one of Nigeria’s better Governors when he oversaw affairs of the serene Cross River State from 1999 to 2007.

“It is high time Nigerians begun to project people with the technical know-how to take the country to the Promised Land”, Duke said in January.

This 46-year-old motivational speaker hurled his hat into the presidential ring last week and he’s managed to stir some serious online debate on the chances of a newcomer.

“It is my hope that as I step unto the political scene, many more of our brightest and best will arise to heed our nation’s clarion call to contest for elective offices, win the elections, and most importantly collectively deliver good governance to our nation.

“Therefore, to be clear, I am aspiring to contest as a presidential candidate in the 2019 general elections,” Durotoye announced.