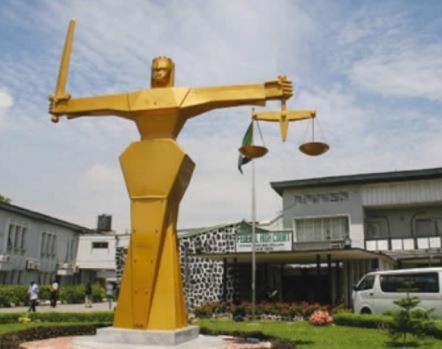 Yusuf Kareem, a 34- year-old man was arraigned by police in an Iyaganku Magistrates’ Court, Ibadan in Oyo for allegedly stabbing his co-tenant in the head.

Kareem, a tenant of Akala Street, Oremeji, Mokola Ibadan, is standing trial on a count charge of assault before the Magistrate, Mrs Olajumoke Akande. The Police Prosecutor, Sgt. Gbemisola Adedeji told the court that Kareem on March 11, 2018 allegedly assaulted one Adewale Kareem by stabbing him with a bottle on the head.

Adedeji said the defendant caused an open injury on Adewale’s head and according to the prosecutor, Adewale came home late due to his work as a Disk Jockey and called on Kareem to open the front door for him, which he did. He said that immediately Kareem opened the door for Adewale, an argument ensued between them which resulted in a quarrel. Adedeji alleged that the defendant in the process smashed a bottle on Adewale’ s head.

He said that the offence was committed on March 11, at Akala Street, Oremeji, Mokola in Ibadan.  The offence contravened section 355 of the Criminal Code Cap 38, Vol. II Laws of Oyo state 2000. The defendant pleaded not guilty to the charge when read to him in court.  Mr Orisuwa Uwawa, Counsel to the defendant asked the court to grant his client bail in the most liberal terms.

The Magistrate granted the defendant bail in the sum of N100,000 with one surety in like sum, adjourned the case until April 24, for hearing.