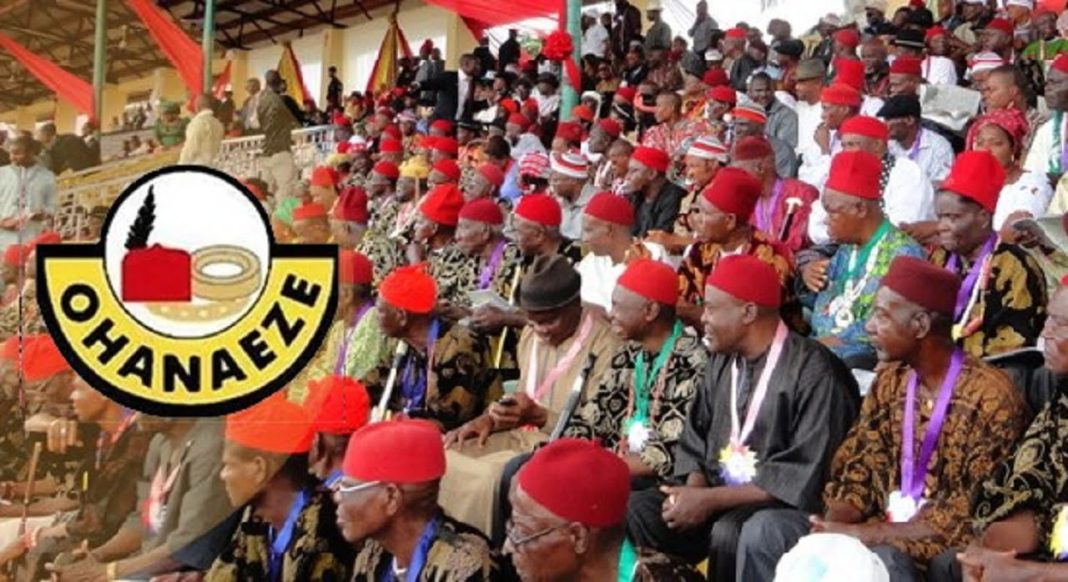 A chieftain of Ohanaeze Ndigbo, Chuks Ibegbu, on Monday rubbished claims that presidential aspirants like Bola Tinubu of the All Progressives Congress, APC, and Atiku Abubakar of the Peoples Democratic Party, PDP, are a threat to Igbo presidency in 2023.

Ibegbu said Tinubu and Atiku are not threats but distractions to the Igbo presidency in 2023.

former Deputy National Public Secretary of Ohanaeze Ndigbo said both Tinubu and Atiku are insensitive to the mood of Nigerians.

Recall that the founding National Chairman of All Progressives Grand Alliance (APGA), Chekwas Okorie, had identified Tinubu and Atiku as a major threat to the pursuit of the Igbo presidency in 2023.

Okorie expressed doubt over an Igbo man clinching the presidential ticket of the Peoples Democratic Party, PDP, and the All Progressives Congress, APC, with Tinubu and Atiku still in the race.

However, Ibegbu noted that Tinubu and Atiku’s presidential ambitions run contrary to the push for justice and equity.

He wondered why Atiku and Tinubu are so ambitious about running for the Presidency.

According to Ibegbu: “They are not threats but distractions and arbiters of injustice. They are clearly insensitive to the mood of the nation.

“Their ambition runs contrary to the mood of the nation for political justice and equity. Why must Atiku or Tinubu be overly ambitious to rule Nigeria in the past? What record did they keep in the past?

“Nigerians will decide if the nation will be the world capital of injustice and poverty as well.”