Why some CERB recipients are getting smaller payments this month 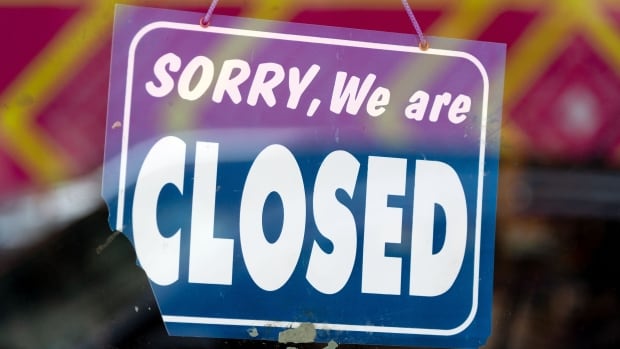 Some Canadians are getting unwelcome surprises this month: smaller Canada emergency response benefit (CERB) payments than they expected.

CBC News has heard from many people confused by correspondence from the government advising them that they will not be eligible for the full $2,000 in June.

“Because you previously received an advance payment of $2,000 of the Canada Emergency Response Benefit, you won’t receive a payment for the period of June 15, 2020 to June 28, 2020. This is to cover the equivalent of the first two weeks of this advance. We will communicate any further changes to your future CERB payments in the coming weeks,” reads an email from Service Canada received by a CERB claimant.

What’s behind the smaller payment?

A spokesperson for Employment Minister Carla Qualtrough said that some people received larger up-front payments than others when the aid program was launched. Those who were eligible for employment insurance (EI) received two payments when the CERB program began — they have now hit the maximum $8,000 for the initial four-month period.

As CERB was being rolled out, Qualtrough said the double deposits were not a mistake and that adjustments would be made through the course of the program.

Other people had applied twice, through the EI and CERB streams, and ended up receiving extra payments.

“Don’t worry, it’s fine. We’re on it. We’re sorting it out,” Qualtrough said at the time, assuring Canadians that the payments would be “reconciled” over time.

She did stress that payments would not exceed the maximum allowable amount and suggested that recipients “budget accordingly.” The government has since announced the CERB program will be extended for two more months, which would make an individual eligible for a maximum of $12,000.

“The Liberals’ announcement on April 8 has resulted in considerable confusion, as many Canadians are now finding themselves in an unexpected financial situation,” he said. “Government communications to Canadians who are receiving the CERB needed to be clear and concise. Unfortunately, it has been the opposite.”

Prime Minister Justin Trudeau acknowledged on Monday that some people who received the money earlier are now struggling financially.

“This is a situation that is difficult for many families and we’re looking at that closely,” he said.

For those still out of work due to COVID-19, the extension of CERB will allow them to claim another $4,000 over the next two months.

NDP MP and employment critic Daniel Blaikie said the federal government should warn people well in advance before cutting the payments. The eight-week extension provides an opportunity to let people know when their benefit will end without it stopping abruptly, he said.

“Instead of putting Canadians at ease, the government has been systematically unclear. They’re unclear about when payments will end, what penalties there will be and what constitutes a reasonable offer of work,” he said.

“What people need is clarity. What they have is a government more concerned about covering their political backside than being straight with Canadians.”

Many Canadians who were paid too much in error already have made repayments. As of early June, CRA reported that Canadians had made almost 190,000 repayments of CERB benefits they weren’t entitled to receive.

Are there penalties for abuse?

CRA said the agency acted quickly to deliver emergency aid programs to Canadians in need and designed CERB as an attestation-based system, similar to the tax-filing process.

The CRA can verify the claimant’s information at the time of filing or at a later date. When a claimant is found to be ineligible, they are contacted to make arrangements to repay an amount.

Trudeau and some federal ministers have said the government will not go after those who made honest mistakes when filing for emergency benefits, but they’ve vowed to crack down on those caught deliberately defrauding the system.

The government had proposed legislation that would have imposed stiff penalties for CERB fraud, including fines and jail time. After a backlash that saw the government accused of trying to scare people even more during a global pandemic, the bill failed to pass a Commons vote earlier this month.

The government has been encouraging employers to take up the wage subsidy program, which covers up to 75 per cent of the employee’s salary up to a maximum of $847 a week.

That program was designed to maintain the connection between employer and employees, to allow businesses and economies to restart quickly and smoothly as pandemic restrictions ease up. Businesses must show a 30 per cent decline in revenues due to COVID-19 to qualify for the wage subsidy.

The Conservatives say the government should move to a phased formula for programs to maintain an incentive to return to work — by gradually clawing back CERB payments when someone has higher earnings and allowing businesses to claim a partial wage subsidy when they don’t have the full 30 per cent revenue drop.

“As businesses start having shifts to fill, Canadians should not be penalized for returning to work. But that’s exactly how the Liberals’ programs are structured. Earning more than $1,000 a month results in a worker losing their entire benefit,” Albas said.

“That is why Conservatives have called on the government to make the CERB more flexible so that no one is worse off going back to work or picking up a shift.”

Desperate to see his dying mom, a bus driver put out a plea. The response bowled him over