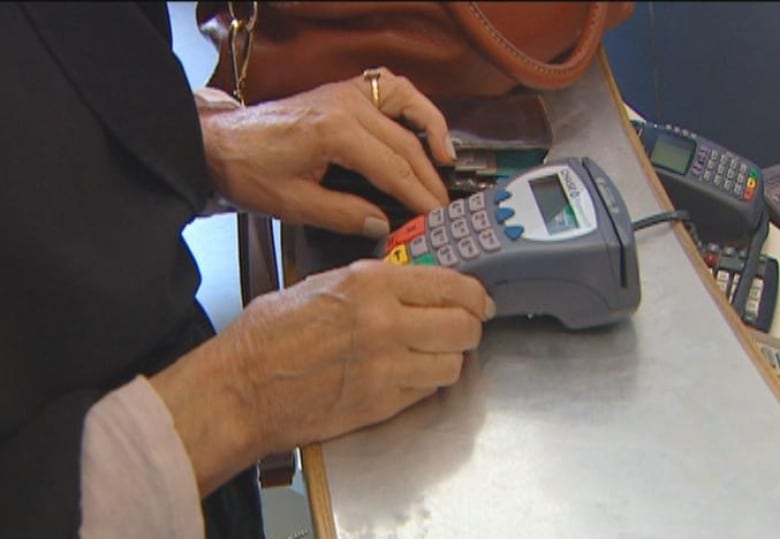 The way Giancarlo Trimarchi tracks the numbers, you might think he was a sports fanatic scrutinizing the stats of his favourite teams.

He closely monitors the fees his family’s grocery store, Vince’s Supermarket in Sharon, Ont., pays to accept credit card transactions, almost as if they were batting averages or league standings.

He’s very concerned about the trend he sees.

As the pandemic drives online shopping, Trimarchi and many other business owners say the federal government needs to help convince credit card companies to provide some relief on the fees charged to merchants.

A key business cost from credit card transactions is what’s known as interchange rates. These are essentially handling fees that are set by the credit card company, paid by the payment processing company to its bank, but ultimately covered by the merchant who made the sale.

In 2018, the federal government struck deals with Visa and MasterCard to lower their average interchange rates charged to merchants on credit card transactions from 1.5 to 1.4 per cent.

Yet, despite those deals, Trimarchi says his company is paying more than ever during the pandemic — typically “well over” two per cent for online and phone orders.

“It doesn’t sound like a lot, but an extra 15 or 20 basis points on something that we can’t control is frustrating, because we have to find a way to mitigate that extra cost,” he said.

While consumers don’t pay those interchange fees directly, the costs are typically embedded in the prices businesses charge. Trimarchi said he doesn’t want to raise his prices, but he also needs to maintain the slim profit margins that are typical in the grocery business.

Now, several small business associations are also sounding the alarm. Many independent operators have seen online sales skyrocket during the pandemic, and they insist the rates they pay for e-commerce transactions are higher than those for in-store purchases. They’re calling on the federal government to take urgent action.

Gary Sands, senior vice-president of the Canadian Federation of Independent Grocers, has written to Finance Minister Chrystia Freeland about the issue. He makes the point that the 2018 agreements that saw credit card companies lower the average interchange rate came before so much purchasing was driven online by the pandemic, and further reductions are needed.

“In the spirit of being in this together, Canadians would hope that the banks and card companies would have stepped up and voluntarily reduced their fees,” he wrote. “But that did not happen, and calls to do so have been met with a deafening silence.”

Dan Kelly, president of the Canadian Federation of Independent Business (CFIB), said his organization is also lobbying the government “aggressively” with regard to online transaction fees.

There are several factors that help explain the seeming disconnect between the credit card companies’ deals with the federal government to lower the average interchange rate and the extra credit card costs many merchants say they’ve been incurring during the pandemic.

For starters, the new 1.4 per cent interchange rate target is an average. Different credit cards and different kinds of transactions for different goods and services carry different interchange fees. So, a merchant’s cost on a transaction depends in large part on what card a customer uses.

Critics take aim at Visa and MasterCard, but the fees merchants pay for credit card transactions are actually divided by a number of different financial services firms. The bank that issued the card gets a share, as does the payment processing company.

The ability of a business to negotiate lower merchant service fees and other costs associated with credit card transactions often depends on their size and sales numbers, which is why groups representing small- and medium-sized businesses want the federal government to get involved.

In a statement to CBC News, Visa said its e-commerce rates for merchants “have never been lower,” and that it has fulfilled its commitment to charge an average rate of 1.4 per cent for both in-store and online transactions.

Mastercard’s statement to CBC News said the company remains committed to its “voluntary agreement with the Government of Canada” to reach the 1.4 per cent rate target.

Even so, in Victoria, B.C., Isaiah Archer of Whistle Buoy Brewery Company says he and his four partners are also seeing higher charges than that for plastic payments. It adds up; a full 99 per cent of their sales are from credit card transactions these days.

Archer, 30, estimates Whistle Buoy pays between 2.5 and 3 per cent to process Visa and MasterCard payments, depending on the type of card a customer uses.

“It’s costing us more to make less, is the simplest way to put it,” said Archer.

Like most merchants, Archer is happy to make a sale of any kind these days. When the pandemic hit, Whistle Buoy had to move quickly into online sales and delivery. It’s been a blow for the new business, which launched in June 2019, less than a year before COVID-19 arrived in Canada.

“I think those credit card companies, at the end of the day, I’m sure they’re probably doing better than they ever have because a lot of consumers are going online,” he said.

Although the letter from the grocers’ federation complained that the fees for online transactions were excluded from Visa and Mastercard’s agreements with the federal government when they were negotiated in 2018, Kelly of the CFIB says that’s impossible to know. The undertakings are considered confidential, and not available for public scrutiny.

Fees lower in other countries

Visa said it derives no revenue from the interchange rate, as the fee is paid by the payment processing company to the bank, and is ultimately passed on to the merchant. Credit card companies make money from annual card fees and interest payments from cardholders who don’t pay off their balance every month.

A Visa spokesperson pointed to other charges for merchants accepting digital payments, such as terminal rental and processing fees.

Kelly said it’s important to remember the 1.4 per cent interchange rate target is an average that applies to both small and big businesses, highlighting another factor that makes survival more challenging for many independent businesses: large corporations are able to reduce their overall fees more easily than small operators.

“Big companies, of course, can bring hundreds of millions of dollars of business to these payments processors, and can threaten to take it away,” he said. “So they have a much better chance of negotiating rates.”

During a dispute in 2016, for example, Walmart threatened to stop accepting Visa chain-wide, saying it was paying $100 million a year for Visa’s services. The issue took six months to resolve.

Giancarlo Trimarchi said he believes financial institutions have too much power in Canada. He points to Australia, where the interchange rate is below one per cent, or the EU, where it can be as low as 0.3 per cent.

“It’s such a small group of merchant service processors that dominate the landscape of payment acceptance, that we really have very little power, without the government helping us.”