What you need to know about the new credit card surcharge 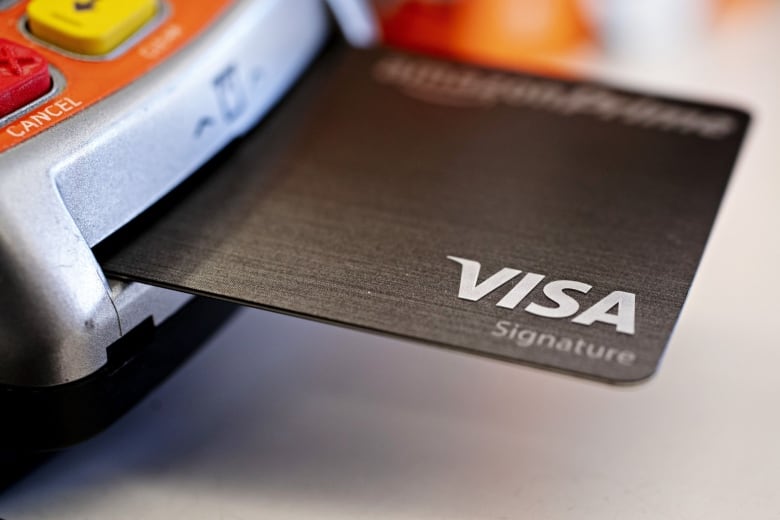 This story idea came from audience members, like you, who got in touch with us. Send us all of your questions about COVID-19. We are listening: ask@cbc.ca.

As of last week, you may be paying an additional fee if you choose to pay with your credit card. That’s because Canadian retailers can now charge customers using credit cards to pay, following a long-standing lawsuit with Visa and MasterCard that was settled earlier this year.

Canadian businesses launched a class action lawsuit against the two companies in 2011, and the settlement earlier this year refunded them hundreds of millions of dollars worth of fees — known as interchange fees — that they pay any time a customer pays with credit. The settlement also gave them permission to pass those charges on to customers directly, which they weren’t allowed to do before.

Previously, businesses were absorbing the cost of these so-called interchange fees, but now many are looking to make up for lost revenue by charging their patrons.

But what does that mean for you? We’ve received a lot of questions from our audience and have answered some of them below.

Why are the credit card fees so high at 2.4 per cent? Couldn’t they be capped at 1 per cent?

Actually, credit card interchange fees are sometimes higher than 2.4 per cent, but the surcharge for customers has been capped at that number due to the settlement.

However, the surcharge amount you may be charged when paying depends on which credit card you use.

“The higher the premium of the card, the higher the interchange fee,” said Luciana Brasil, a partner at Vancouver-based law firm Branch MacMaster LLP, which worked on the class-action lawsuit that led to the settlement.

That means the more points and rewards you receive from using your credit card, the higher you can expect the surcharge to be.

Merchants can also choose to add the surcharge by company brand, meaning Visa or MasterCard, or they can add it to product types, meaning types of Visas, or types of MasterCards, Brasil added.

The average surcharge in Canada is 1.4 per cent, but depending on the card, it could be up to two per cent or more. Regardless of the cap, however, merchants cannot surcharge more than the actual cost of what is being purchased or paid for.

Why are we paying more [interchange fees] than Europeans and others?

In many parts of the world, including the European Union, Israel, the United Kingdom, China and Australia, interchange fees have been capped at less than one per cent.

On the other hand, Canada has some of the highest interchange fees in the world, with the average being 1.4 per cent.

Why this is the case is still unclear. However, credit card companies determine these rates.

“It’s a question for the networks,” said Brasil.

She says her and her team were previously told these fees need to be higher in Canada in order to maintain all the different levels of services that are provided in connection with providing credit to people.

However, Australia, one of the countries where interchange fees are legally capped, is able to provide a comparable level of services for much less.

Understanding why there is such a significant difference is a question they posed in the litigation, Brasil says, but never received an answer because the case was settled.

There has been talk of introducing legislation to control the fees, especially for small- and medium-sized businesses, but so far, there has not been any news from Ottawa.

Can a surcharge be applied if I use my Visa Debit card?

No, a surcharge cannot be applied if you use your Visa Debit card or your Debit MasterCard card. It only applies to credit cards, Brasil says.

The debit cards use Interac, typically, even if labelled as Visa Debit or Debit MasterCard.

This applies to pre-authorized debit transactions, such as bill payments, as well — they cannot have a surcharge because those bills are using debit. In fact, some of your bills can’t even be paid with credit cards, such as your property tax bill, because it’s too expensive, said Rubina Ahmed-Haq, a personal finance expert based in Toronto.

How will added credit card fees affect my buying habits?

Whether it’s the increase of self-checkout stations at the grocery store or your local coffee shop that has gone cashless, many businesses have recently opted for more frequent use of card transactions — both debit and credit.

With the rise of cashless options and the introduction of credit card surcharges, more Canadians will likely be more inclined to pay with Interac via tap options.

Debit is also much cheaper for the merchant, she added.

However, adding a surcharge on the credit card fees may change customer behaviour, whether that’s changing your buying habits, or your mode of payment, experts say.

It’s also not for certain that all, or even many businesses, will implement the surcharge.

“My impression is that most businesses are not going to apply this surcharge because they don’t want to scare customers away,” said Ahmed-Haq.

When it comes to bringing customers into your door, and not your competitors, choosing not to add the surcharge might be the answer.

“If you have a local coffee shop that you go to or you eat at a restaurant, can you imagine if they say we are now adding a surcharge, how that would impact people’s behaviour,” she said. “It’s really easy to go next door.”

Instead, she expects grocery stores to be the first to implement the charge because they are unavoidable for people to feed their families.