We work too hard, he can’t just ride our back to get fame because he has money – Kcee addresses Hushpuppi feud (Video) 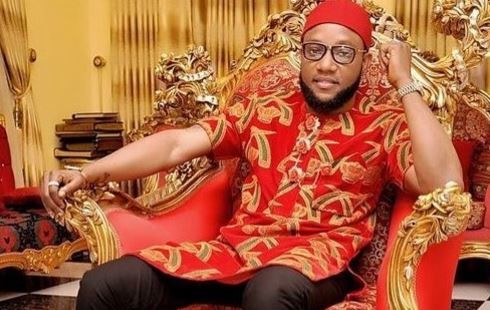 Recall that months ago, there was a social media fight between Hushpuppi, Ice Prince and Phyno, which triggered Kcee to ask the EFCC to investigate Hushpuppi’s source of wealth.

Now, in a recent interview with Ebuka on RubbinMinds, Kcee talked about his governorship ambition, his career and also addressed some recent issues including that of Hushpuppi.

According to the Limpopo singer, he was really pissed at the flamboyant big boy for coming at his celebrity colleagues to bash them on social media.

In his words: “We celebrities, we dey work too hard. We have worked so hard to get to where we are. You can’t just come from nowhere and try to ride on our back to get fame because you have some money.’

He added that, he actually didn’t call the EFCC but it was only threat to warn Hushpuppi.

Addressing another issue, where he was called out for stealing a photo of someone’s stack of dollars and passing it off as his own on Instagram, he said:

‘That was strategic. It was a stunt to create attention for my song, Desire.’