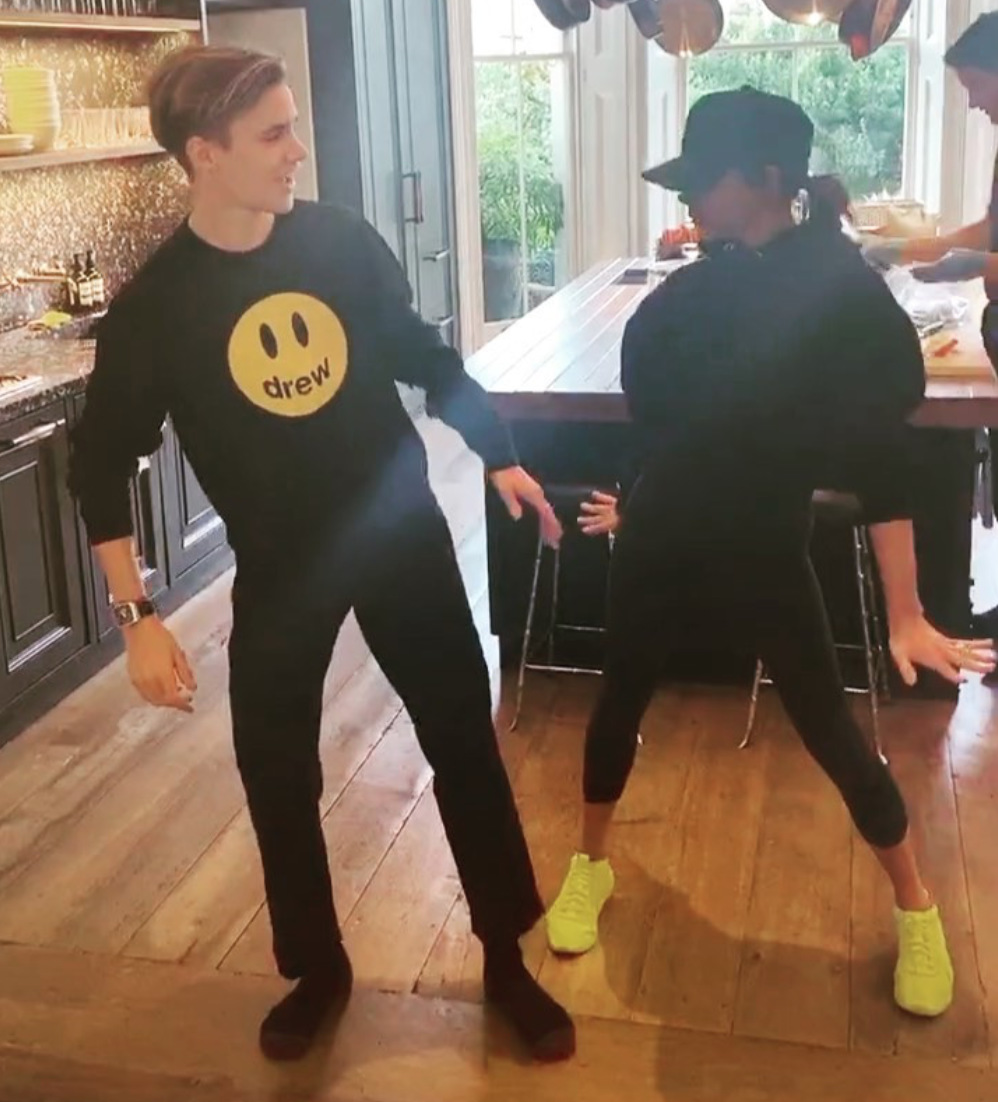 They slam it to the left, shake it to the right! Victoria Beckham and son Romeo Beckham danced along to Spice Girls’ “Spice Up Your Life” in an adorable clip the former girl bander posted to Instagram on Monday, December 2.

“Not the average day in the kitchen… @romeobeckham x VB,” Victoria captioned the upload. In the clip, Victoria shimmies her part of the routine, dressed in black with a baseball cap pulled low over her eyes and bright yellow sneakers on her dancing feet. Next to her, 17-year-old Romeo — wearing a hoodie from Justin Bieber’s Drew House clothing line — starts dancing to the 1997 hit a little half-heartedly but then seems to get into the groove.

“Thanks for this mum,” the teen commented on the upload, adding a crying-laughing emoji.

Victoria Beckham Celebrates Her 45th Birthday With David and Kids: ‘I’m Having the Best Birthday Ever’

Victoria recently opened up about the parenting strategies she and husband David Beckham employ. (The duo are also the parents of sons Brooklyn, 20, and Cruz, 14, and daughter Harper, 8.)

“David is watching the kids. We swap,” she said during a sit-down on Jimmy Kimmel Live! on November 20. “When I’m at home, he’s away, so one of us is always there looking after the kids.”

She went on: “I’ve got so many kids. It’s a lot. I always say it’s less about parenting and more about crowd control when it gets to that many. We have all the children, all four kids, bring all their friends to the house, so when we come home at the end of the day, there’s always lots and lots of children.”

“The main focus is that [the kids] all leave empty-handed and that the art is still on the walls,” she quipped.

And in a 2016 appearance on Late Night With Seth Meyers, the fashion designer said her kids know about her original claim to fame. “They know the Spice Girls,” she said at the time. “They know that Mommy wore the heels and did the pout and point. They’re proud! You know, we’ve watched the movie together, and when I was on tour with the Spice Girls [in 2007], I took the children with me.”