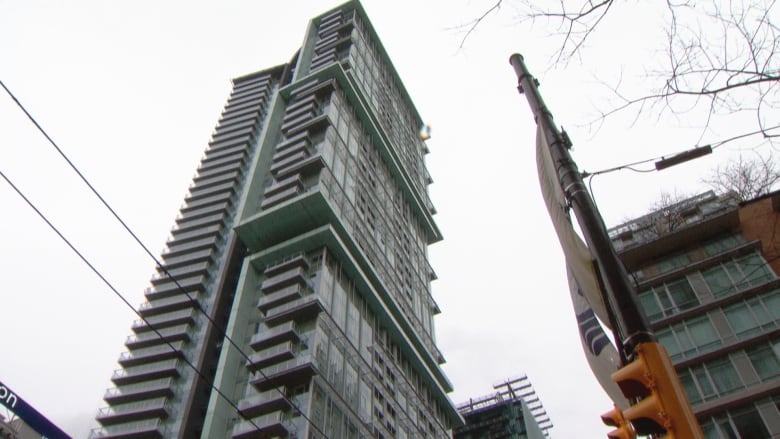 A Vancouver man has been released on strict bail conditions after being charged with violating public health orders by allegedly hosting dozens of people at a makeshift nightclub in his downtown penthouse.

Mohammad Movassaghi was released from custody on Sunday afternoon after agreeing to five bail conditions that include a promise not to host any events in his residence, not to have any alcohol in his home and to limit occupancy of his suite to himself and one other person.

According to court records, Movassaghi is facing two counts of violating B.C.’s Public Health Act early Sunday morning by hosting an event and allowing “a place” to be used for an event contrary to the the orders of Provincial Health Officer Dr. Bonnie Henry.

Vancouver police arrested the 42-year-old on the weekend after attending a residence they allege was packed with people and operating as a nightclub and show lounge complete with menus, tables, point-of-sale terminals and cash tills.

They also said no one inside was wearing a face mask.

Movassaghi was released on his own recognizance after also agreeing to comply with all public health orders and to open the door and present himself at his residence upon the request of police.

Both counts against Movassaghi were filed under Section 99(1)(k) of the Public Health Act, which carries penalties of up to $25,000 and/or six months in jail.

Vancouver police first launched an investigation last week after a witness called to report a large party inside a penthouse apartment near Richards Street and Georgia Street.

Police handed out numerous fines to a man who was allegedly working as a doorman. They claimed the party host refused to open the door and was defiant.

In the days that followed, Movassaghi sent a complaint letter to Vancouver police Chief Const. Adam Palmer claiming officers had attempted to break into his unit by “banging incessantly at the door.”

In the letter, which Movassaghi provided to CBC News, he claimed officers had damaged his peephole.

One officer “stated that the purpose of their attendance was to investigate a potential COVID violation,” the letter said.

“I told him I know nothing of the sort and that I am the unit owner, living in my house of my free will. I asked him and his team to leave the premises multiple times.”

Officers returned early Sunday with a search warrant after two additional large parties were allegedly held over the weekend.

Each partygoer was fined $230 for attending a non-compliant event. The party host was arrested under the Public Health Act and taken to jail, according to police.

Movassaghi, a former financial planner, ran into professional trouble when a client he was also renting a condo to brought forward claims he had transferred several of her accounts from Investors Group to Harbourfront Wealth Management without her authorization when he changed workplaces in 2016.

According to court documents, he has a bachelor’s degree in economics and a master’s in business administration. He started working as a private investment consultant in 1998, and by the time he left Investors Group, he had 153 clients and was managing assets of up to $20 million.

A hearing into the claims found Movassaghi had forged the client’s signature on multiple occasions and falsified documents and trade orders on her accounts.

In July 2017, Movassaghi was fined $27,500 by the Investment Industry Regulatory Organization of Canada and banned from the industry for eight months.

He is also facing further professional discipline in a ruling expected next month from the Financial Planning Standards Council.

Last April, he lost a wrongful dismissal suit brought against Harbourfront in B.C. Supreme Court and was ordered to pay almost $15,000 in a counterclaim.

British Columbia’s COVID-19 restrictions ban gathering with anyone outside your household.

Since Friday, there have been 21 new deaths related to COVID-19 in B.C. A total of 1,210 people in the province have died after contracting COVID-19.

There are 289 people in hospital, with 79 in intensive or critical care.

Movassaghi’s next scheduled court appearance is on Feb. 22.