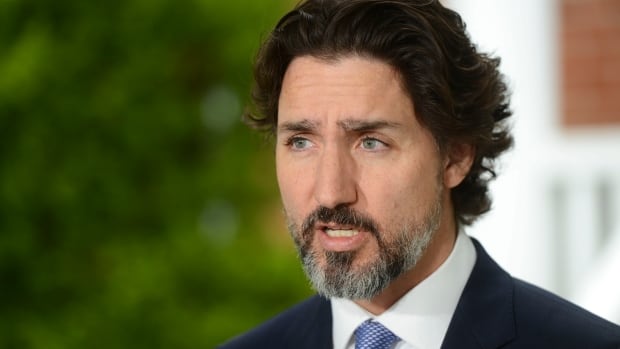 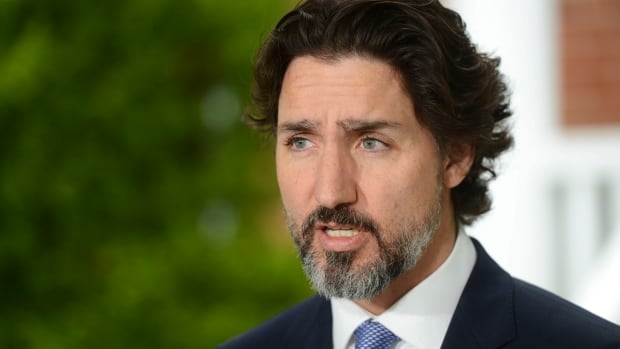 Prime Minister Justin Trudeau vowed today to do more to end anti-black racism in Canada after days of massive street protests in U.S. and Canadian cities against police brutality.

Trudeau said racism is not a uniquely American problem and more must be done in Canada to address systemic inequalities that have long plagued black and Indigenous communities.

“We need to be better in Canada. Even though we’ve made strides forward in the fight against racism and discrimination, racism still exists in Canada,” he said. “To young black Canadians, I hear you when you say you are anxious and angry.”

He said his government has funded black community groups, supported anti-racism programming and bolstered the collection of racial data at Statistics Canada to fight against discrimination, but he promised to do more.

Protests have erupted in major North American cities in response to the death of George Floyd in Minneapolis police custody.

Floyd, 46, died a week ago after a Minneapolis police officer pressed his knee on his neck for just over eight minutes. His death was caught on video and swiftly went viral around the world.

All four responding officers were fired. The officer who pinned Floyd to the ground, Derek Chauvin, has been charged with third-degree murder and second-degree manslaughter.

NDP Leader Jagmeet Singh called the video of George Floyd’s death “chilling” and “painful” and called on Canadians to channel the anger they feel over his death into action against injustice here in Canada.

Singh started his political career in provincial politics and led a fight against the police policy of random street stops of minorities, known as ‘carding’.

“We need to tackle the injustice in the criminal justice system — the over-policing of black bodies and black lives,” he said.

Conservative Leader Andrew Scheer said he was “heartbroken” to see the video of Floyd’s death.

“No one should ever feel unsafe around police officers who must uphold the law for all, or feel unsafe because of the colour of their skin. We all have a responsibility to fight anti-black racism,” he said.

Conservative Leader Andrew Scheer was asked about protests over the death of George Floyd, a black man who died in police custody in Minneapolis, in light of his own comments months ago that Wetʼsuwetʼen supporters were “radical activists” and should “check their privilege.” 2:38

Some of the protests demanding fair treatment from police have turned violent. A number of cities have been hit by looting and rioting.

In Montreal Sunday night, vandals broke into a music store and stole guitars, while others defaced buildings with graffiti.

Trudeau condemned the violence, saying it distracts from calls for an end to institutional racism.

“They do not represent the peaceful protesters who are standing up for very real issues in Canada,” he said.

Global Affairs Canada changed its travel advisory for the U.S. Monday, warning Canadians south of the border to be vigilant in the face of nationwide protests that, in some cities, have proven dangerous.

The department is telling travellers to “avoid areas where demonstrations and large gatherings are taking place” because there have been incidents of arson and violence.

“Clashes have occurred between protesters and police, with the use of tear gas by security forces. Further protests are likely and some cities have announced curfews,” the department said. “Monitor local media for information on the current situation.”

Asked whether his own history of wearing blackface diminishes his ability to provide moral leadership on the problem of anti-black racism, Trudeau said he has “spoken many times about how deeply I regret my actions hurt many, many people.”

“We need to focus on doing better every single day, regardless of what we did or hadn’t done in our past,” he added.

Families, Children and Social Development Minister Ahmed Hussen, a Somali-Canadian, said in a tweet Sunday that he has “heard from people who have said that we should not worry about what is happening in the U.S. because that is not our problem.”

But he said racism is “a lived reality for black Canadians,” and he asked other Canadians to “step up” and “raise your voices and ensure that real inclusion accompanies the diversity of our country.”

He said black Canadians are disproportionately followed in stores by shop owners fearing theft, while black drivers have every reason to be anxious when they’re pulled over by a police officer.

“Check the unconscious bias around you and within you,” Hussen said.

That tweet received an angry response from Ed Ammar, a former chairperson of Alberta’s United Conservative Party, who tweeted at Hussen: “Don’t bring this to Canada you f—ing loser.”

Tweeting a video of the destruction in Montreal, Ammar, a Lebanese-Canadian immigrant, said: “Don’t bring what’s happening in the U.S. across the borders.”

Hussen addressed Ammar’s comments in an interview with CBC News Monday. “I publicly invite Mr. Ammar to call me,” he said.