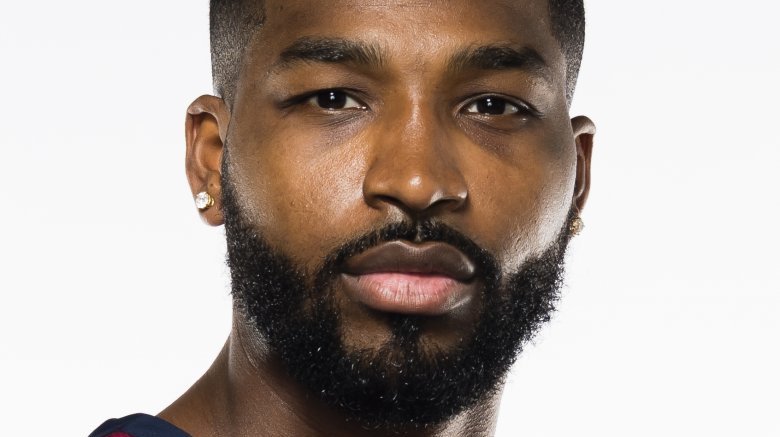 Tristan Thompson loves being a dad.

On Friday, June 22, 2018, the NBA star took to Instagram to post an adorable series of photos of his children together for the first time. He shares 1-year-old son Prince with ex Jordan Craig and two-month-old daughter True with girlfriend Khloé Kardashian.

Simply accompanied by a heart emoji caption, the sibling duo can be seen holding hands in the first snapshot, while their proud dad smiles wide and holds them in his lap. Meanwhile, the second pic includes a Polaroid photo collage of Prince kissing his baby sister on the cheek. Earlier this week, Thompson posted a photo of two gold chains, which read his kids’ names. “My Prince?and Princess ?,” he wrote in the caption. “I love you guys so much!!!”

As Nicki Swift previously reported, Thompson opened up about his baby girl for the first time just last month. “She’s doing good. Baby True is eating, sleeping and, uh, sh**tin’. That’s all they do,” the basketball pro said on UNINTERRUPTED’s Road Trippin’ Podcast, before noting the differences between raising a little boy and girl.

Thompson, 27, and Kardashian, 33, welcomed their first child together in mid-April 2018 — just days after the Cleveland Cavaliers star was caught allegedly cheating on the Revenge Body star with multiple women. While they have yet to publicly comment on the matter, the two have stayed together amid the scandal, which will reportedly be addressed on the upcoming season of Keeping Up With the Kardashians.

Amid the family-of-three’s recent move back home to Los Angeles from Cleveland, Ohio, over Father’s Day weekend, they seem to be going strong. And while Thompson has kept a relatively low profile on social media since his daughter’s birth, Kardashian has taken to keeping fans updated on her life as a new mom.