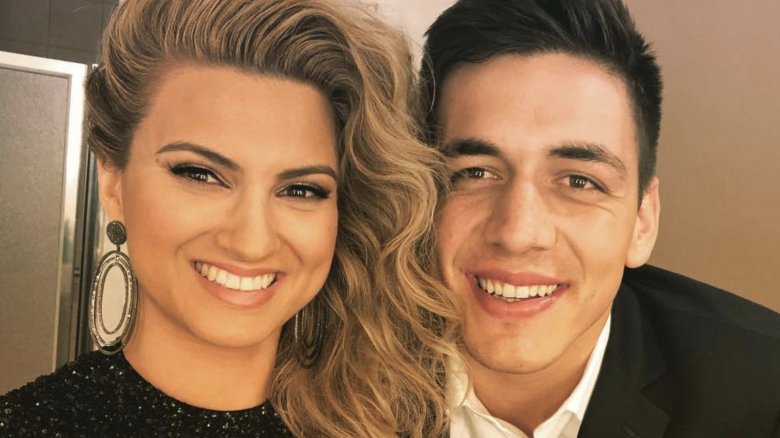 Congratulations to Tori Kelly and her new husband, André Murillo!

The singer married her basketball player beau over the weekend of May 19, 2018. On Instagram, Kelly announced the good news, posting a photo of her and Murillo on their wedding day. In the caption, she wrote, “Thank you to everyone who made this the most magical day ever. i’m floating. Brb.”

Kelly, who wore a gorgeous mermaid-style gown on her big day, also shared a quote by Tim Keller that read, “To be loved but not known is comforting but superficial. To be known & not loved is our greatest fear. But to be fully known & truly loved is, well, a lot like being loved by God.”

Murillo posted the same photo on his own Instagram account, adding, “For better or for worse, In sickness and in health, To love and to cherish, Till death do us part.”

Kelly previously announced that she and Murillo were engaged back in late September 2017. At the time, she shared a black-and-white photo of herself with her then-fiancé, showing off her engagement ring and writing, “I love you.”

Not much is known about Kelly and Murillo’s relationship, as the two are pretty darn private. However, it’s suspected that they started dating in December 2016 (via E! News).