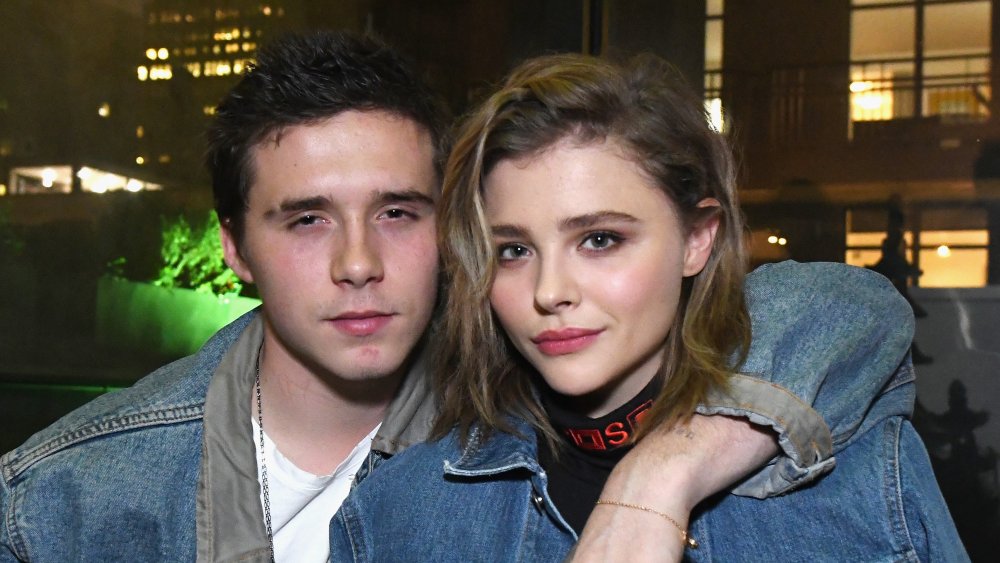 While we can’t say with 100% certainty that Brooklyn Beckham cheated on Chloë Grace Moretz, it sounds like a bumpy breakup. When media outlets published photos of Beckham and Wood kissing, that may have been how Moretz found out — and it was quite possibly before the two were over.

If we fast-forward a few days later, W magazine pointed out that Moretz shared a screenshot of Cardi B’s song “Be Careful” (a song about Offset’s infidelity) on her social media. Moretz also liked a social media post that included a picture of herself with her middle finger up, aimed at Beckham. Yikes!

Beckham didn’t have much to say about the breakup, only liking a meme post of his own of a picture of his younger self crying to his mom, Victoria Beckham, with a caption reading, “Chloe’s fans are attacking Brooklyn Beckham.” Double yikes.

Beckham and Moretz previously broke up for a bit in 2015 before reuniting in spring 2016. She confirmed the news on an episode of Watch What Happens Live with Andy Cohen by saying, “We’re in a relationship, it’s fine, it’s no biggie. The more I don’t make it serious the more people don’t care, so yes we’re in a relationship.”

A few months later, Page Six reported they had split yet again. They gave their relationship one last go in September 2017, but the split in April 2018 was the real and final end.