They were together 55 years. They died days apart after COVID-19 diagnosis 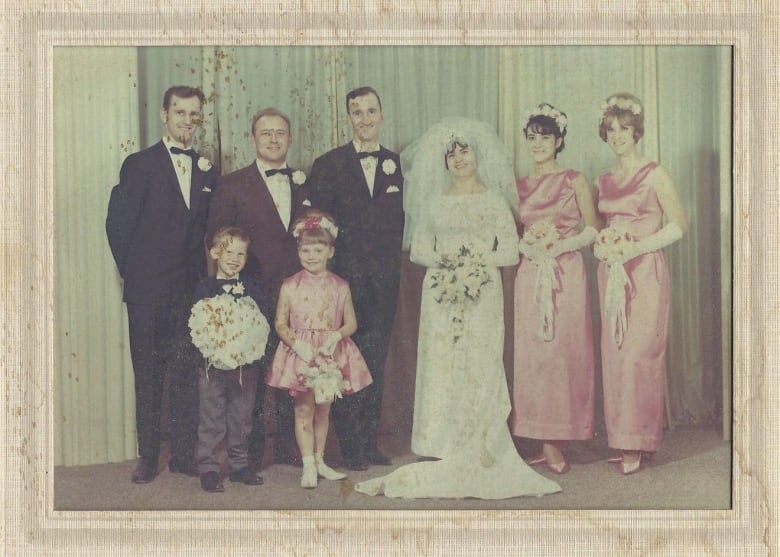 In the 55 years between those fateful holidays, John and Helen Eberherr had three children and five grandchildren, and were active members of their church and community in Prince George.

They died just days apart, unable to see each other or say goodbye while sitting in the same hospital. He was 85, she was 78.

At age 23, Helen moved from Kelowna to Prince George to work at the Royal Bank. John’s sister also worked there, and invited Helen to spend the holiday with her family, including John, who took an immediate liking to his sister’s new co-worker.

“My aunt always said, ‘We knew that as soon as your dad met someone he liked enough, it was going to be quick,'” daughter Tracy Glaciar said.

Sure enough, John and Helen were engaged within a week, and married six months later.

A homebody whose wife refused to sit still

Joseph (John) Eberherr was born to homesteaders in Prince George in 1935. His grandparents wound up in the community after taking a wrong turn on their way to Kelowna and decided to stay.

John’s father started a small sawmill, and John dropped out of Grade 7 to work there. He spent the rest of his career working for mills in the city while everyone else in his family departed for the Okanagan and the Lower Mainland.

“He was a homebody,” Glaciar said.

Helen put her career on hold to focus on raising Glaciar and her two brothers. Not content to sit on the sidelines, she would volunteer and get involved in her kids’ lessons, learning to ski and teaching them how to swim.

“She actually drove me crazy,” Glaciar said. “She could never just watch.”

Helen particularly loved swimming, and in retirement one of her dreams came true: The Eberherrs built an pool in their home and opened it up for swimming lessons for the neighbourhood.

“Hundreds of people must have learned to swim there,” Glaciar said.

Among them were the Eberherrs’ five grandchildren, all of whom were raised in Prince George. John and Helen would often care for their grandchildren, but family visits came to a stop when the COVID-19 lockdowns began last year.

While John had limited mobility and stayed home, Helen remained active, going for daily walks and keeping in touch with friends and family.

“She wore a mask and sanitized but she just really felt that staying locked up wasn’t what she wanted,” Glaciar said. “So she would continue to shop and continue to live.”

The family isn’t sure how they caught the virus, but on Dec. 22, Helen told Glaciar that John was losing his appetite. Glaciar convinced her parents to get tested for COVID-19 on Christmas Eve, and they received the positive results the next day.

On Dec. 28, Glaciar could hear a change in her mother’s voice — slurred and disjointed. She told Helen to dial 911, hung up and started driving to her parents’ home.

Watching from a distance, Glaciar watched first John and then Helen get loaded into ambulances. Her parents insisted they didn’t want to be hooked up to ventilators.

Glaciar spoke to her father via video chat one last time before he passed on Jan. 5, and had several phone calls with her mother. While her father had been extremely ill and chances of recovery seemed low, her mother appeared to be in relatively good health — until she learned John had died.

“She just sort of stopped after that,” Glaciar said. “I think it just became too much.”