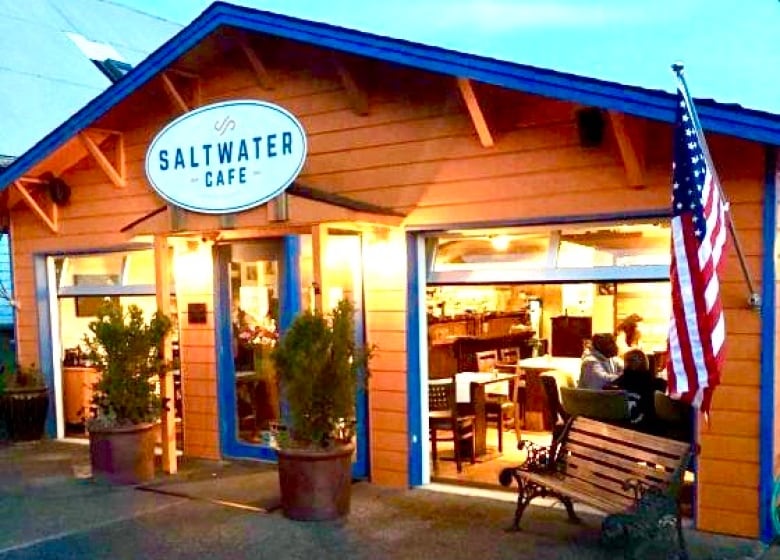 In a normal year, Point Roberts is a bustling place during the summer season, packed with B.C. tourists ready to spend their money on local businesses, B.C. bargain hunters filling up on gas and picking up packages at the local parcel shops while dual citizens spend the summer at their homes on the idyllic peninsula.

But this year has been different; COVID-19 made certain of that.

‘When you walk down [the main street] today, you see nobody and I’m not kidding, nobody,” said Brian Calder, director of the Point Roberts Chamber of Commerce. “It’s a ghost town.”

Calder is a third-generation resident of Point Roberts, Wash. His great-grandfather settled in the U.S. enclave that shares a single border with Tsawwassen, B.C.

Growing up, his years were split between B.C. and Point Roberts with summers on the peninsula. But 15 years ago, he moved there permanently for his semi-retirement.

But now, he said Point Roberts is on the brink of collapse, having lost more than 80 per cent of its business, all from Canadians, according to the Border Policy Research Institute at Western Washington University.

The community has experienced an economic downfall since the pandemic hit, despite not having a single confirmed case of COVID-19.

Back in March, the borders between Canada and the U.S. were closed to non-essential travel, blocking Point Roberts from its main source of income.

Month by month, he said, the community continues to crumble. Businesses have shuttered, most kids have left either to the U.S. mainland or to B.C. to continue their education, and people are fleeing because jobs aren’t just scarce, they’re non-existent.

“For people who don’t have independent wealth, it’s devastating. What do they do? There are no jobs. None. Not one job. Not even handyman stuff,” said Calder.

On-season, Point Roberts hosts up to 6,000 people, which drops to about 1,250 in the off-season. And since the closure of the border, he estimates there are now between 800 and 900 people left.

Right now, there are five gas stations to serve fewer than 1,000 people, one grocery store that, at its peak, would serve 5,000 customers a day, an empty marina, many closed businesses including the golf course, one bank that announced it will close in December and one restaurant.

Every morning, Calder heads over to the Saltwater Cafe for breakfast — Point Roberts’ last restaurant standing — but that’s something that could soon change, too.

“We’re trying to stay open for the local community, but it’s been a difficult go,” said Tamra Hansen, the owner of the restaurant and a resident of Point Roberts for the past 20 years.

She says business is down 80 per cent and she’s no longer making any money. Week-by-week, she said she reassesses whether to open.

No road to economic recovery

Even if the borders were to reopen tomorrow, Calder believes the damage has been irreparable and he can’t envision a road to recovery.

After all, Point Roberts is a summer town built on tradition, he said. Year-after-year, families return to Point Roberts as they have done for generations.

“That’s gone and I don’t think half of it’s coming back because we’ve broken the tradition,” said Calder. “If there is a light at the end of the tunnel, it’s like a coal train coming at you. It ain’t pretty at all.”

Point Roberts has always been isolated from the State of Washington, but now, that isolation has increased. Point Roberts is the orphan of Whatcom County, as Calder puts it. And he’s frustrated at the lack of support his community has received from both the county and the state.

The Washington State Governor’s office said in a statement it has provided Whatcom County with more than $16 million US in funding since the beginning of the pandemic, but it’s unclear how much of that funding went to businesses in Point Roberts, as officials at Whatcom County were unavailable for an interview.

“Governor [Jay] Inslee is committed to finding a solution to the unique challenges that Point Roberts residents face due to border restrictions,” wrote his office.

Previously, Gov. Inslee wrote to Canadian Prime Minister Justin Trudeau asking for border exemptions for the people of Point Roberts and his office said he is having frequent meetings with the government of B.C.

But even if changes were to come, Calder doubts it would make a difference as businesses continue to close and the community loses more of its members every week.

“When the COVID is over … when that ends… It doesn’t end for Point Roberts,” said Calder.