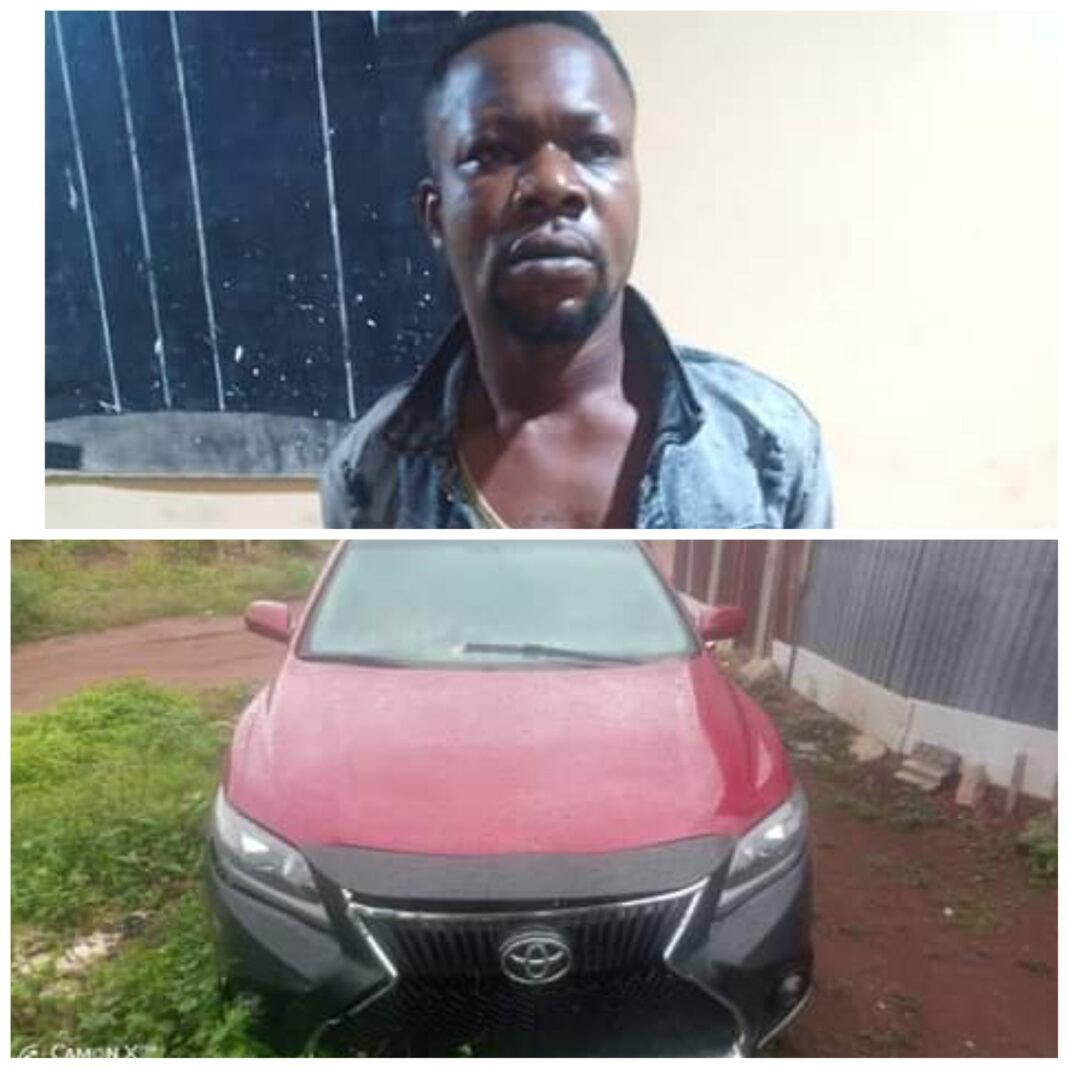 Operatives of the Delta State Police Command have arrested a suspected kidnapper and recovered a vehicle belonging to a man kidnapped in Ozubulu,  Anambra.

Spokesperson of the command, DSP Bright Edafe, who disclosed this in a statement on Wednesday, September 21, said the suspect, Onyeka Ozoh, was arrested at his hideout in Issele-uku based on credible intelligence.

According to the PPRO, the suspect claimed he bought the car at the cost of N1.5m.

“On the 17/9/2022 at about 1100hours, the DPO Issel-uku Division, acting on credible intelligence, that a suspected kidnapper is hibernating somewhere in Issel-uku, detailed operatives to the said hideout and arrested one Onyeka Ozoh ‘m’ aged 30yrs of Ogbe-ofu quarters Issel-uku and recovered a red color Toyota Camry without registration number,”

“The suspect claimed that he bought the vehicle at Onitsha at the cost of one Million, five hundred thousand naira (#1,500,000) and that all original documents were with the previous owner

“However, investigations later revealed that the vehicle belongs to one man (name withheld) who was kidnapped on 20/8/2022 at Ozubulu in Anambra State, released after a ransom was paid and the vehicle taken from him. Suspect will be transferred to Anambra Police Command for further investigation.”