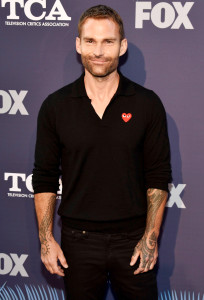 Stifler is off the market! Seann William Scott is married, his rep confirms to Us Weekly exclusively.

It is unclear who the American Pie actor, 42, wed, but a source tells Us that the secret ceremony took place recently this month.

Scott told Us on September 11 that he was “dating somebody,” but he did not disclose her identity. “She’s a great girl,” he gushed, noting that he is a “pretty private” person but “super happy” in the relationship.

Prior to this, Scott was engaged to model Lindsay Frimodt, which he confirmed in March 2012.

“I don’t how I got a girl like my fiancée,” the actor joked to E! News after his proposal. “She hadn’t seen American Pie. Thank God. Otherwise, I probably wouldn’t be engaged.”

An insider told Us at the time that the twosome “were talking about getting married as early as October, but it didn’t happen then.” Us then broke the news of their split in January 2013.

As for his work life, Tara Reid dished to Us in February about the possibility of a fifth American Pie film. The Big Lebowski star also revealed that there were some hard feelings between Scott and their American Pie costar Jason Biggs.

“Seann and Jason have to get along,” she told Us. “There’s a lot of talk about [the fifth film], but there’s always talk about everything, so you never really know until you know. I hope so!”

However, a source told Us at the time that there is “absolutely no bad blood between the two.”

With reporting by Brody Brown and Kayley Stumpe