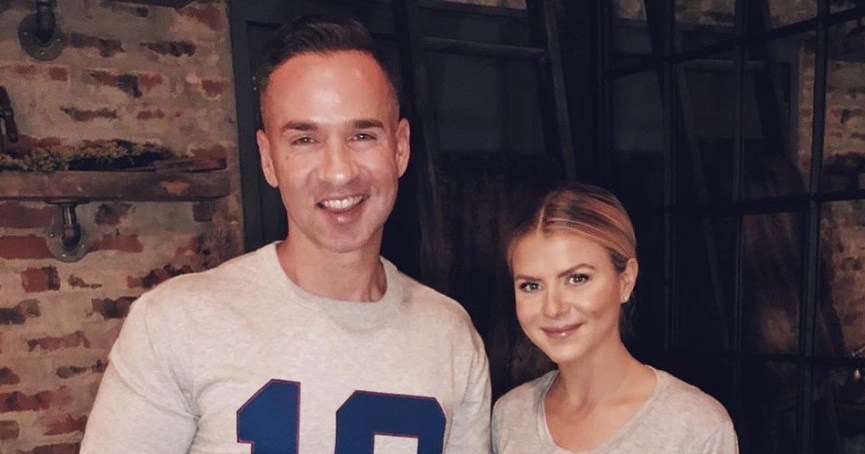 A full plate. Mike “The Situation” Sorrentino posted a photo of his first date night with his wife, Lauren Sorrentino, since his release from prison on September 12.

“First Date Night out with my wife @lauren_sorrentino @thebutchersblock_dambrisi,” the Jersey Shore: Family Vacation star, 37, captioned an Instagram photo of himself holding a piece of raw meat next to his longtime love at the Butcher’s Block in Sunnyside, New York.

The couple are all smiles dressed in a casual jeans and a T-shirt with a spread of food displayed on a table in front of them.

Lauren, 34, also posted the same picture on her Instagram and wrote, “That’s a fine piece of meat right there,” along with a drooling emoji.

The MTV star, who spent eight months at the Federal Correctional Institution in Otisville, New York, for tax fraud, told Entertainment Tonight in an interview on Tuesday, September 24, that he’s a “changed man” since prison.

“You sort of take your freedom for granted sometimes. Once you get out, you are taking advantage [of] every minute. Every second, every meal, every conversation with my beautiful wife, with my friends,” he said. “I love my job, so I am on such an awesome road and we are very excited to see what the future has to offer.”

The reality TV star, who is known for his love of food on the MTV series, focused on his physical and mental well-being while in prison. He explained how he lost 35 pounds through intermittent fasting and working out two to three times a day.

“I had to continually challenge myself, whether it was in the gym, and/or diet,” he told ET. “I was reading books, the Bible and trying to progress spiritually as well. Because if you do not keep yourself busy in there. I saw a lot of guys that weren’t doing those things and you saw depression and anxiety take control.”

Now, Mike is channeling that positive attitude into his post-prison life.

“It’s awesome,” he said. “I have my beautiful wife next to me. I’m healthy, I’m sober, back at work with my best friends on the No. 1 show on MTV and just living the dream.”

He also revealed that his first night out of prison involved a “naked pizza party” with Lauren. “That happened,” he shared.