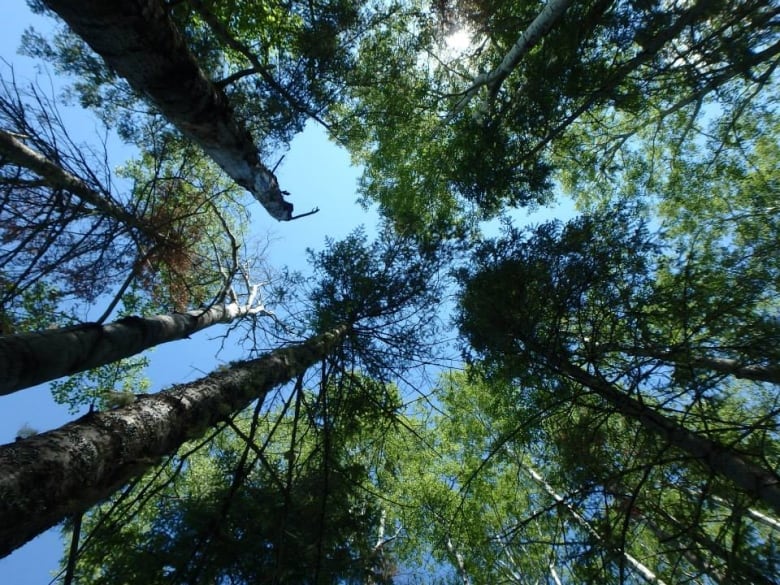 As wildfires continue to burn through northern Ontario’s great expanse of boreal forest, smothering the deep greens and blues of the land, experts are keeping an eye on the hundreds of animal species living within.

Although the 2021 fire season has already been one of the worst in the past decade, this year’s fires aren’t the most worrying — it’s those yet to come.

“Animals are adapted to wildfire. Some animals head to the water and others escape ahead of the fire,” said Connie O’Connor, director of the Ontario Northern Boreal Program for the Wildlife Conservation Society (WCS) of Canada.

But as summers in northwestern Ontario become warmer and drier — something O’Connor and others have linked to climate change — fires are becoming more frequent, larger, hotter and more intense.

“My fear as a wildlife scientist is that these fires are going to get to the stage where it is too much for animals’ natural adaptations to fire to handle any more, that it’s going to kind of overwhelm them.”

O’Connor, an aquatic scientist by training, said many people don’t really think about the relationship between fish and forest fires, but fish have certain adaptations to deal with fires, like naturally seeking in deeper, cooler places in the water systems.

“The ash that goes into the water, in the long term, it can even be a benefit to fish because it can increase the nutrients in the water for little aquatic bugs and stuff to grow.”

But as industrial activities and the construction of new roads and dams continue to reshape parts of the boreal forest, and hotter temperatures possibly decrease water levels, O’Connor said, there could be increased “acute fish kills.” That’s because the same waterways and deep areas the fish have historically relied on would cease to exist, she said.

Then, firefighting efforts could harm fish species, “because the actual fire retardants can be toxic for them and those foam fire suppressants on top of water can block the oxygen.”

Before his work as a wildfire researcher, Matt Scrafford was a wildland firefighter on the front lines of the fires.

“We would often see animals running from these fires,” he said. “I mean, we’ve had snowshoe hares running basically over top of us, or you’d see deer running, or chipmunks or squirrels … you’d see them fleeing the fires.”

Mobile land species can often get out of the way of the fires, Scrafford said, but the problem is these forest fires are massive and changing the entire composition of landscapes.

Add in the disturbances to the boreal forest caused by forestry, mining and other human activity, and “you just get really high levels of disturbance,” Scrafford added. That would create more competition for limited resources, and some species will inevitably suffer as a result.

The researcher points to the elusive species he studies: the wolverine, a threatened species in Ontario.

Wolverines are territorial, and while they have large “home ranges,” he said, all the disturbances could pit the few hundred wolverines against one another for disappearing habitats.

While he hasn’t seen that happen yet, it’s something Scrafford is keeping a close eye on as his research continues.

“There’s definitely a relationship between this increased frequency of forest fires, and the severity of these fires and some negative effects on the wolverines.”

Even some of the most mobile of animals — birds — will be affected by the increasingly intense and frequent wildfires, said Claire Farrell, an associate conservation scientist with the Wildlife Conservation Society Canada.

There is the natural forest fire regime, Farrell explained, where forest fires create patches of burned areas that later regrow.

“When you picture the forest, it’s actually a mosaic of different ages of forests, different types of forest interspersed with lakes and wetlands. Because that mosaic is so different, different species of birds rely on those patches of habitat.”

Some of Farrell’s previous research focused on the nightjar, a family of birds that was previously considered to be one of Ontario’s fastest declining species. She said nightjars actually use the large, open burn patches created by forest fires to fly around and catch large insects.

“As climate change is increasing the intensity and severity of forest fires, theoretically speaking, that would create more burned open stands for them, which they use to catch a lot of insect prey.”

However, she warned that many other bird species, like the ovenbird, rely on old growth forest patches as habitat, and those areas could decrease with growing wildfires.

Farrell said people in northern First Nations have reported seeing new species shifting their ranges as they adapt to or find new habitats, and have stopped seeing some species that were always known to be there.

Echoing O’Connor and Scrafford, Farrell said there are still a lot of unknowns about how climate change, wildfires and other human-caused disturbances will cumulatively affect the wildlife of northern Ontario’s boreal forest.

“That’s something that we’re keeping an eye on,” she added.