Russia will fail in efforts to undermine West – British PM 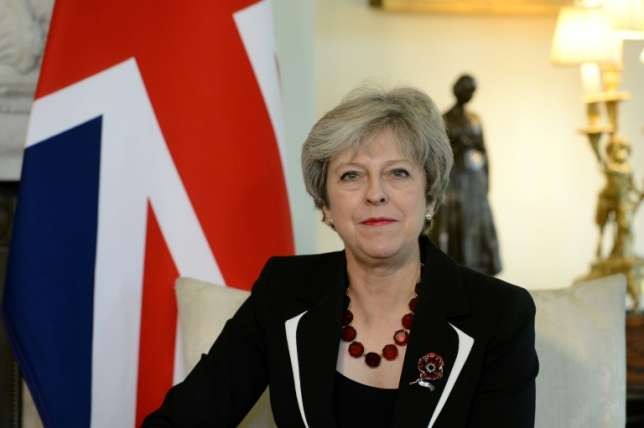 Russia will fail in efforts to undermine West – British PM

Russia will not succeed in efforts to sow discord in the West, British Prime Minister Theresa May said on Monday.

Russia will not succeed in efforts to sow discord in the West, British Prime Minister Theresa May said on Monday.

In an annual address to the Lord Mayor’s Banquet, she catalogued various Russian actions — from the annexation of Crimea to “seeking to weaponise information” — which “threaten the international order.”

Moscow is “deploying its state-run media organisations to plant fake stories and photo-shopped images in an attempt to sow discord in the West and undermine our institutions,” she said.

“So I have a very simple message for Russia. We know what you are doing. And you will not succeed.”

May said Russia had underestimated the resilience of Western democracy, “and the enduring attraction of free and open societies, and the commitment of Western nations to the alliances that bind us.”

Her blunt language contrasts with US President Donald Trump, who has repeatedly adopted a friendly tone towards Russian President Vladimir Putin and denied he directed meddling in American elections.

Nonetheless May — who heads a fragile, scandal-plagued government navigating a fractious exit from the European Union — sought to reaffirm transatlantic ties and Britain’s post-Brexit place in the world.

She insisted the country would continue to counter Russian activities through its alliances, while also driving reform of NATO — a longstanding Trump demand.

She also vowed to strengthen cyber security and tighten financial rules to stop the “profits of corruption” arriving in Britain from Russia.

But May sounded a conciliatory note, calling for ongoing engagement with Moscow and reiterating foreign secretary Boris Johnson will visit the country in the coming months.

“We do not want to return to the Cold War, or to be in a state of perpetual confrontation,” she said, adding there was “another way”.

“Many of us here looked at a post-Soviet Russia with hope,” May said.

“Because we know that a strong and prosperous Russia which plays by the rules would be in the interests of the United Kingdom, Europe and the world.

Kim K &amp; Kanye West sell the Bel-Air mansion they bought for $9m to a philanthropist for $17.8 million