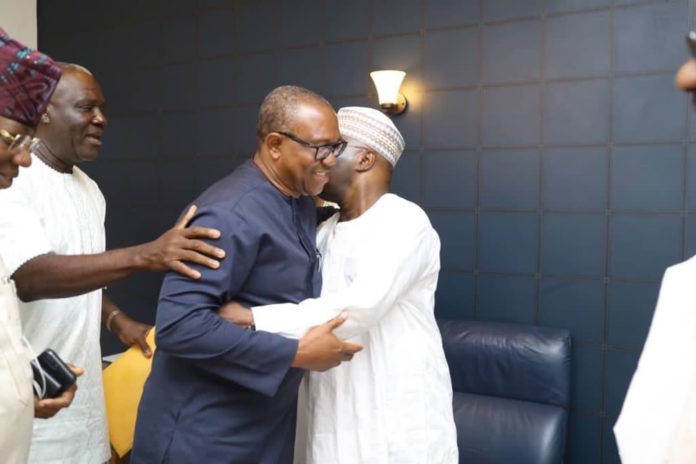 Two non-political Igbo interest groups have condemned the recent statement by some leaders of the People Democratic Party (PDP) in the South-East that they were not consulted by the party’s presidential candidate, Alhaji Atiku Abubakar, before picking former Anambra State governor, Mr Peter Obi as his running mate.

The groups comprising: Igbo Ekunie Initiative and Anambra New Generation Vanguard, in separate press releases, warned Governor Dave Umahi of Ebonyi State, Deputy Senate President, Ike Ekweremadu and other leaders of the party in the zone to desist from toeing such path.

Anambra New Generation Vanguard, in a press statement signed by its convener and spokesperson, Hon Chinemerem Oguegbe and Dr. Nonso Okoye respectively, lauded Atiku for settling for Obi, while calling on leaders of the PDP in the zone not to spoil the fun of the people of the zone.

Part of the release read, “We the younger generation of the entire Igbo nation wish to congratulate H.E Alhaji Atiku Abubakar for finding a young Igbo son worthy to be his running mate in the 2019 Presidential Elections.

“By this singular act, H.E Atiku Abubakar has once more reiterated his firm belief in One Nigeria where all ethnic groups have same and equal opportunities.”

The group however insisted that choosing a running mate from the South-East was an Igbo affair and not a South-East PDP affair. It said the PDP South-East leaders were not in good standing to speak for the entire Igbo nation, therefore their call for consultation remains void, while Obi’s choice as a running mate stands.

“We are disappointed in Umahi and his cohorts in trying to undermine the chances of ndi Igbo playing actively in nation building. They must desist from politicizing and destroying this rare privilege given to the Igbo nation.

“We identify with Mr Peter Obi given his tremendous achievements as Governor of Anambra State, his love for the youths and his strive to empower young people through quality education and mentoring programs since leaving office.”

On their part, Igbo Ekunie Initiative, through a statement signed by its president and secretary, Tochukwu Ezeoke and Lawrence Nwobu respectively, stated that the South-East PDP leaders “acted shamefully and in a pedestrian manner when they went to press questioning the VP pick on grounds of alleged non-consultation instead of congratulating both Mr Obi and Atiku.”

It added that “their shameful behavior only reinforces the much-peddled stereotype that the Igbo ‘are disunited and often their own worst enemy.”