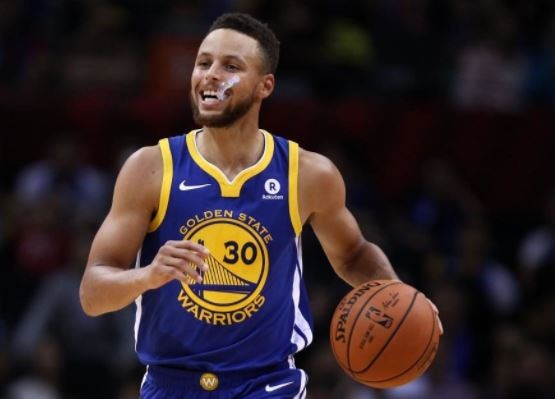 The NBA disciplinary committee has slapped a $50,000 fine to the Golden State Warriors guard and two-time NBA Most Valuable Player, Stephen Curry, for aggressively throwing his mouthpiece in the direction of an official during Saturday’s 111-101 loss to the Memphis Grizzlies.

The incident happened in the final minute of a 111-101 loss at as frustrated Curry was irate after he thought the referee missed a foul as he drove to the basket for a layup. 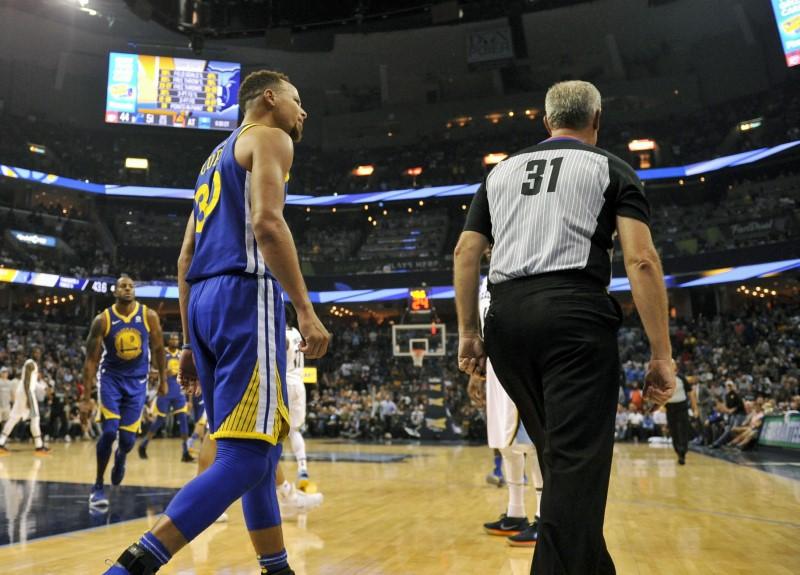 The Basketball star who was later ejected from the game escaped further punishment as fans expected he would be suspended, but Golden State forward Andre Iguodala was also fined $15,000 for “verbally abusing a game official.”

Here is the full statement from the NBA:

NEW YORK, Oct. 23, 2017 – Golden State Warriors guard Stephen Curry has been fined $50,000 for throwing his mouthpiece in the direction of a game official, it was announced today by Kiki VanDeWeghe, Executive Vice President, Basketball Operations.

The incident, for which Curry was ejected, occurred with 43.6 seconds remaining in the 4th quarter of the Warriors’ 111-101 loss to the Memphis Grizzlies on Saturday, Oct. 21 at FedEx Forum.

As part of the same incident, Warriors forward Andre Iguodala has been fined $15,000 for verbally abusing a game official.

Meanwhile, no punishment has been announced for Kevin Durant, who was also ejected following the incident as he was seen pointing at his ring finger toward the crowd while leaving the court.

Watch the incidents below..

Both @StephenCurry30 AND @KDTrey5 get EJECTED after Curry throws his mouthpiece at a ref! #GSWvsMEM #NBA pic.twitter.com/zMg7svZrA