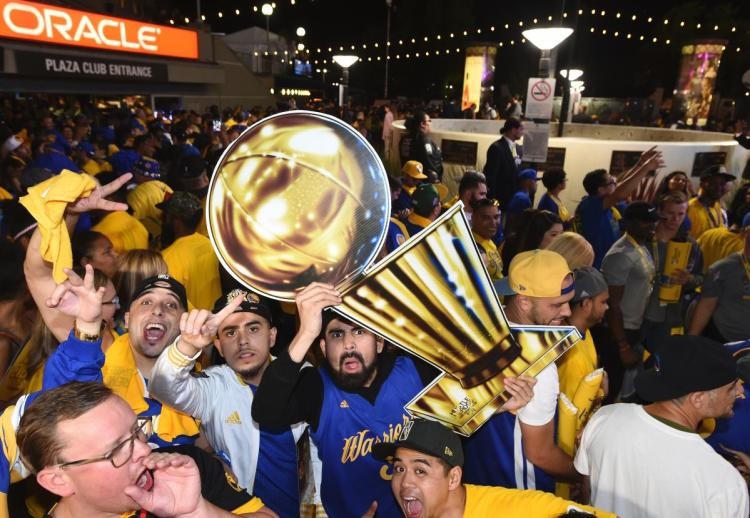 NEW YORK (AP) — Golden State’s championship-clinching victory in Game 5 of the NBA Finals was watched by more than 25 million viewers on ABC, wrapping up the most-viewed series since Michael Jordan’s last title in 1998.

The Warriors’ victory on Monday night peaked with 29.5 million viewers and was an increase of 20 percent from the 20.9 million who watched Game 5 last year.