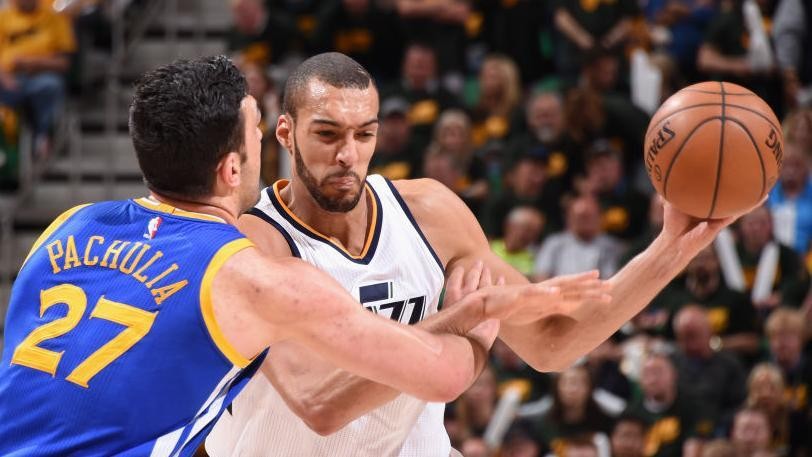 The Jazz took care of business on Day 2 of the 2017 Utah Jazz Summer League, capping off the night with a down-to-the-wire 100-94 victory over the 76ers.

The Jazz built a 24-point lead in the third quarter before the Sixers—behind No. 1 pick Markelle Fultz—came storming back to pull within one with just under a minute left. Fultz scored 13 of his team-high 23 points in the fourth quarter to lead Philadelphia’s comeback. The rookie traded buckets with Utah’s duo of Danté Exum and Donovan Mitchell down the stretch—Exum blew past Fultz for a left-handed layup; Fultz hit nothing but net on a 3-pointer; Mitchell pulled up and drilled a 12-foot jumper to push Utah’s lead back to three with 29 seconds left.

Eric Griffin sealed the win when he grabbed an offensive rebound and made two free throws to give Utah a four-point lead with 8.8 seconds left.

Exum double-doubled with 26 points, five rebounds and 10 assists in 29 minutes, while Mitchell overcame a rough-shooting first half to finish with 15 points. The rookie added two rebounds, four assists, three steals and a block.

Exum showed off his expanding game, driving to his left past Fultz and then dishing to Tony Bradley for a two-handed dunk. He also shot 3-for-5 from 3-point range and 5-for-6 from the free-throw line. Joel Bolomboy, after struggling with only four points on Monday, drilled a three from the top of the key and then converted a tough three-point play at the rim. Bolomboy finished with 10 points, five rebounds and a steal in 19 minutes.

Fultz shot 9-for-16 from the field (including 4-for-8 from 3-point range) and finished with five rebounds and five assists (and six turnovers). Alex Poythress chipped in 17 points, eight rebounds and two steals for the Sixers, while Brandon Austin scored 16 points off the bench in the loss.

Griffin had another solid game for the Jazz. The former D-League All-Star did a little bit of everything, finishing with 14 points, eight rebounds, one assists, one steal and one block. … Timothe Luwawu-Cabarrot had 12 points on an efficient 4-for-6 shooting (3-for-4 from three) for the Sixers. … Furkan Korkmaz, the No. 26 pick in the 2016 draft, signed with the Sixers yesterday after playing in Turkey last season. He started and played 16 minutes, though he finished with only three points on 0-for-5 shooting. … Jazz rookie Nigel Williams-Goss scored nine points in his first professional game. He made two 3-pointers and grabbed three steals, but also committed six turnovers in 22 minutes.