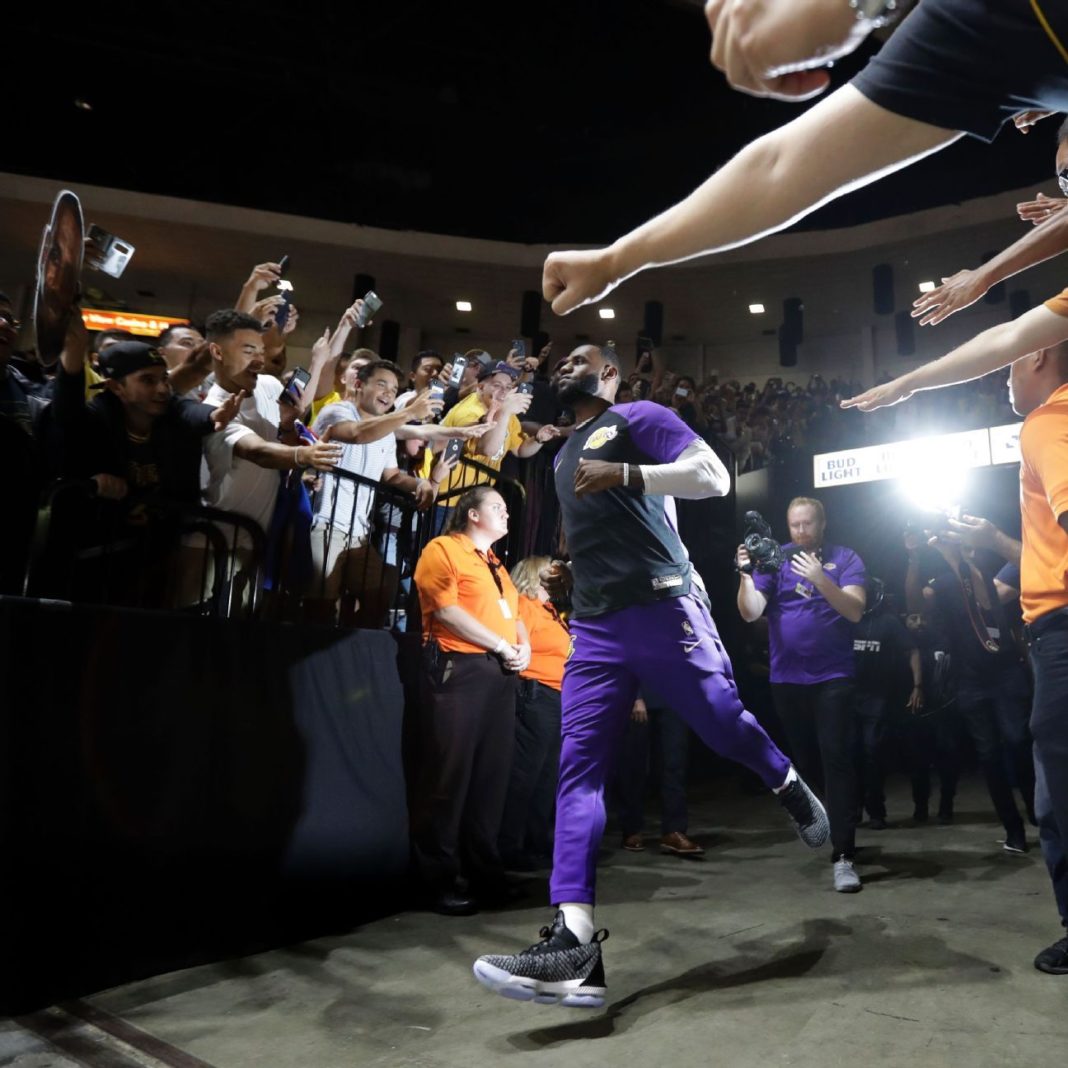 Most NBA general managers expect LeBron James to win the MVP award in his first season with the Los Angeles Lakers and for the Golden State Warriors to end the season with their third consecutive NBA championship.

Those were the big takeaways from the league’s annual GM survey, in which NBA decision-makers answer 49 questions about the league’s best teams, players, coaches, fans and offseason moves.

Vote percentages were based on the pool of respondents to the particular question rather than all 30 GMs, and the GMs were not permitted to vote for their own personnel.

Last year, the Warriors received 93 percent of the vote when GMs were asked to predict a title winner. Golden State has won three of the past four NBA championships and will have the opportunity this season to become the first NBA team to win three straight crowns since the Lakers (2000-02).

Many NBA GMs don’t expect James to slow down in his first season as a Laker. The 16-year veteran received 30 percent of the MVP vote. Golden State’s Kevin Durant was a close second, finishing with 27 percent of the vote.

Last season, James, a four-time MVP, led the category with 50 percent of the vote, and Houston’s James Harden won the award.

GMs also voted James, 33, as the player who forces opposing coaches to make the most adjustments, the best passer, the best leader, the most versatile player and the player with the best basketball IQ.

Milwaukee‘s Giannis Antetokounmpo (30 percent) was the leading vote-getter when GMs were asked which player they would pick to start a franchise. New Orleans‘ Anthony Davis (23 percent) and Durant (20 percent) also received significant votes in the category.

Lastly, NBA GMs predicted that Dallas Mavericks rookie Luka Doncic is most likely to win Rookie of the Year, but that Phoenix Suns big man Deandre Ayton, the top overall pick of the 2018 NBA draft, will be the best player in the class five years from now.