Prince Harry ‘Feels Responsible’ for Duchess Meghan ‘Being So Miserable’ 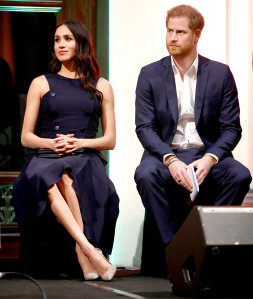 Prince Harry can’t help but feel responsible for his pregnant wife Duchess Meghan’s unhappiness over a stream of negative stories and public criticism.

“Meghan made a huge sacrifice by moving across the pond, away from her mom and friends,” an insider reveals in the new issue of Us Weekly. “Marrying into the royal family isn’t anywhere near as glamorous as it seems, so in a lot of ways Harry feels responsible for Meghan being so miserable.”

A source close to the duchess adds that the 34-year-old prince “takes any attack on Meghan very personally.”

“He’s wanted to publicly make a statement many times defending Meghan and addressing the false rumors,” the source says. “But was advised not to.” 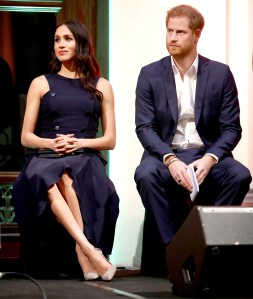 Following their November 2017 engagement and subsequent wedding in May, Meghan, 37, has faced a series of negative stories in the media, including allegations that she is difficult and entitled. Most recently, the former Suits star was accused of feuding with her sister-in-law, Duchess Kate, and was painted as a social climber in a December Vanity Fair story.

“Meghan has so much on her plate, between being pregnant and dealing with the public backlash, and she’s finding the whole situation incredibly stressful,” a royal insider says in the new issue of Us.

Another source adds that the Duchess of Sussex, who is due in the spring, is “definitely bothered by all the reports and speculation.”

This is not the first time that Meghan has wanted to defend herself to the press. A source previously told Us in September that the former actress wanted “to speak out” about the drama surrounding her father, Thomas Markle, and half-sister, Samantha Markle, but opted not to.

“Meghan is used to replying to any sort of controversy or comment on Twitter and through a publicist,” the source told Us at the time. “It’s taken a while for Meghan to get used to having the palace more involved with her life and steering her public image, but she’s finally getting comfortable and trusts that they have her best interests at heart.” 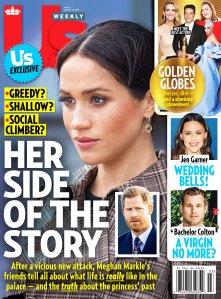 For more on Meghan and Harry, watch the video and pick up the new issue of Us Weekly, on newsstands now.