Ottawa looking at how to reunite families separated by border closure, says Trudeau 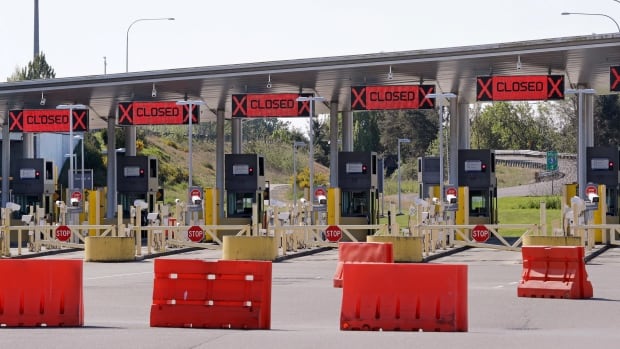 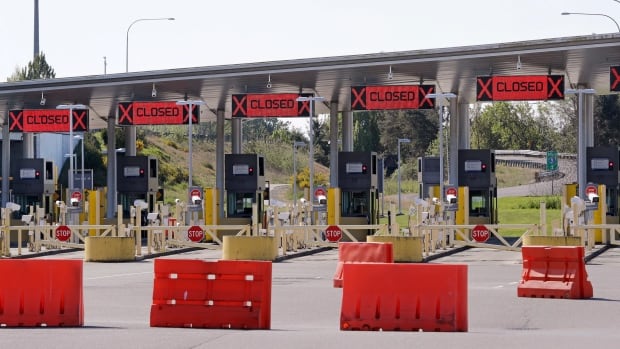 Prime Minister Justin Trudeau says the federal government is looking at how to reunite some families separated by the temporary COVID-19 measures at the Canada-U.S. border, a proposal that’s already getting mixed reviews from the premiers.

Canada and the U.S. have temporarily closed the border to non-essential travel — meaning no recreational visits — while keeping it open to commercial traffic and essential workers who cross for work, in a bid to slow the spread of the novel coronavirus.

But a number of stories have emerged in the past few weeks of families stuck on opposite sides of the border, including expectant parents.

“We have been looking at ways at perhaps allowing close family members — children, spouses or parents of Canadian citizens or permanent residents — to be able to reunite under strict conditions through a slight modification of the directives for the Canadian Border Services Agency,” Trudeau told reporters during his daily briefing outside of Rideau Cottage on Friday morning.

“This would not change the approach on closing the borders until the end of June, and depending on discussions, beyond. But it is looking at, can we support families that are going through extremely difficult times?”

WATCH | Trudeau questioned about the U.S border and family reunification

Higgs, whose province had appeared to have COVID-19 under control after a stretch of days with no new cases but is now going through a new flare-up, said the issue was raised during Thursday night’s weekly call with the prime minister and the premiers.

“Something that was a little concerning last night in relation to the federal call, was a discussion about opening up the U.S. border for more activity with family and friends,” he told the CBC morning radio show in Fredericton.

The Canada-U.S. border deal was first agreed to in March and has been extended until June 21. But Higgs said Thursday night’s call suggests something is in the works for families sooner than that.

“This isn’t talking about the end of June … it was like, ‘Oh, well, in the coming days and weeks.’ So I’ve asked for really clarity on what that means because that provides another element of concern for us,” he said.

“That concerns me with our borders here with Maine. If you think of us being six to seven hours from Boston and 10 hours from New York City, it’s just how widespread is this?”

The border remains under federal jurisdiction, but Higgs said he hopes Ottawa listens to the provinces’ concerns.

“It puts me in a very difficult position,” he said.

Trudeau said he’ll continue to discuss changes at the border with premiers.

“There are a number of premiers who feel that, for reasons of compassion, we should and could move forward with this measure. There are others that expressed a certain amount of concern about it,” he said.