Ontario to begin phased reopening of economy next week: CP 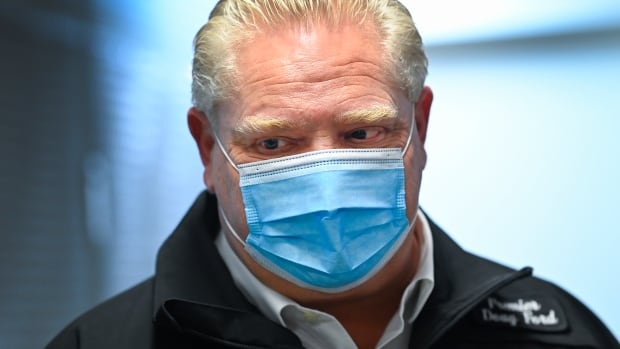 Ontario will begin to gradually reopen its economy next week, starting with regions that have fewer COVID-19 cases, The Canadian Press has learned.

Premier Doug Ford is expected to announce Monday that the state of emergency declared last month will be allowed to expire as scheduled on Tuesday, said a senior government source with knowledge of the decision.

According to the plan, the province will have an “emergency brake” in place to allow the government to quickly move a region into lockdown if it “experiences a rapid acceleration in COVID-19 transmission or if the health-care system becomes overwhelmed.”

The measure is meant to help deal with the risk posed by new variants of COVID-19, said the source, who was not authorized to speak publicly.

The current stay-at-home order will remain in place in much of the province until each region transitions back into a colour-coded framework that allows the province to rank health units based on case numbers and trends.

The phased reopening of the economy will start in four regions where transmission of the virus is low.

Health units in Hastings Prince Edward, Kingston, Frontenac and Lennox and Addington, Renfrew County, and Timiskaming are expected to move into the least-restrictive green zone on Wednesday, which means restaurants and non-essential businesses can reopen.

On the week of Feb. 15, all remaining regions except three hot spots in the Greater Toronto Area are set to move to the framework based on their local case rates.

Toronto, Peel Region and York Region are expected to be the last to make that transition on the week of Feb. 22, but the source said any sudden increase in cases could delay that plan.

A provincial lockdown was imposed in late December and was followed by the state of emergency and a stay-at-home order that took effect Jan. 14 as COVID-19 rates surged.

While cases have since declined, public health officials have said the spread of more contagious variants of COVID-19 are a concern.

Ontario’s chief medical officer of health, Dr. David Williams, has said he would like to see daily cases drop below 1,000 and the number of patients with COVID-19 in hospital intensive care units below 150 before lifting restrictions.

Ontario reported 1,670 cases of COVID-19 on Friday, although 125 of them were older infections from Toronto that weren’t previously recorded by the province.

Public health officials noted that updates to the provincial case database were causing fluctuations in this week’s tallies.

The province also said there were 325 patients with COVID-19 in hospital intensive care units, with 225 on ventilators.

Forty-five new deaths related to the virus were reported Friday, bringing the total number of deaths from the novel coronavirus in the province to 6,438.