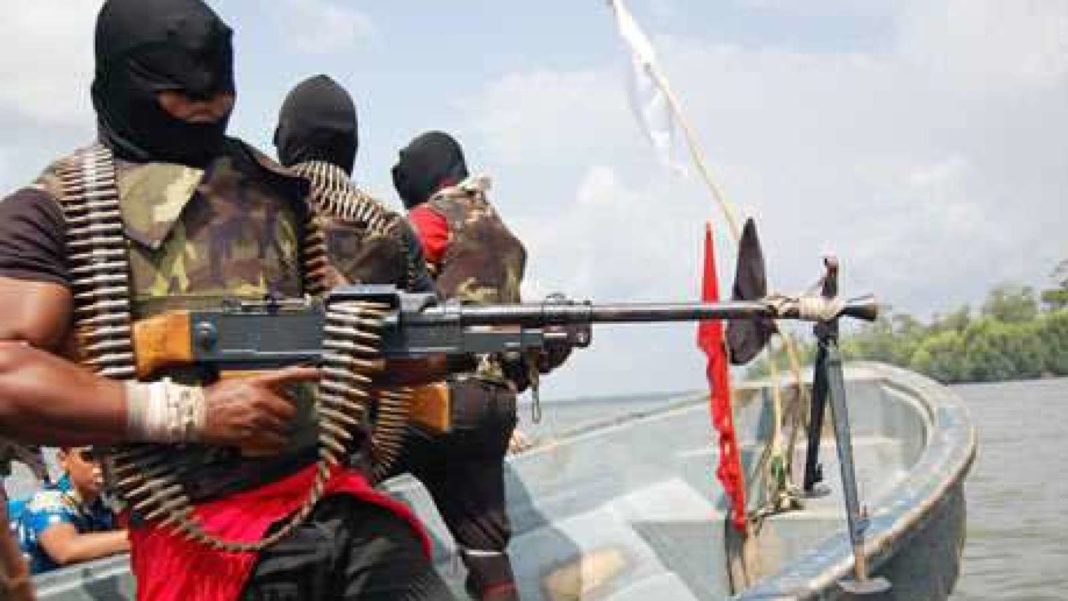 An Assembly of Niger-Delta militants, led by the Reformed Niger Delta Avengers, RNDA, and nine other militant groups have warned governors of the South-South to stop playing politics with the arraignment of Chief Justice of Nigeria, CJN, Walter Onnoghen over false asset declaration charges.

Rising from a meeting with various unit commanders which took place yesterday in Delta State, RNDA, led by self-styled “Major- General” John Mark Ezonebi, popularly called Obama, also urged President Muhammadu Buhari and the Presidency to ignore and disregard the purported empty threat by other youths of the region to attack oil facilities and shutdown the country.

It described them as “criminal elements of youths, who do not exist anywhere in the creek of Niger Delta and being used by some disgruntled looters of our national treasury, who are supporters of Atiku/PDP Presidential Movement.”

The RNDA, warned South-South governors “not to politicize the issue of non-declaration of assets by the CJN, who is the head of an arm of government saddled with the responsibility of interpreting the constitution, more so when the petitioner alleged that $3 million was found in one of his foreign accounts.

“It is a grievous criminal offence being committed against his highly exalted office, according to the sections prescribed in the Code of Conduct Bureau established in the 1999 constitution as amended.

“The South-South governors made up more of PDP governors should not support any form of illegality and should not compromise corruption allegations on grounds of ethnicity, but look at the matter based on its merits and holistically.

“As a group, RNDA is not surprised at the stand of the South-South governors on this matter because their mismanagement of resources has led to the under-development of the Niger Delta.

“We expect the South-South governors to join hands with Mr President to fight corruption because corruption is the reason the region is not developed over the years, despite its huge economic importance to the country, particularly during PDP’s wasted years of misrule.

“More so, the governors of the Niger Delta have not been able to account for the 13 per cent derivation funds from the proceeds of crude oil, which has amounted to trillions of naira that run into the pockets of governors and their cronies in foreign accounts abroad.

“In the first place, the funds are meant for direct development of the oil producing communities in the creek of Niger Delta. But the story is a sad tale against the constitutional provisions of this 13 per cent funds. At the appropriate time, when we get to the bridge, we are going to address this issue and the abnormalities will be corrected.”